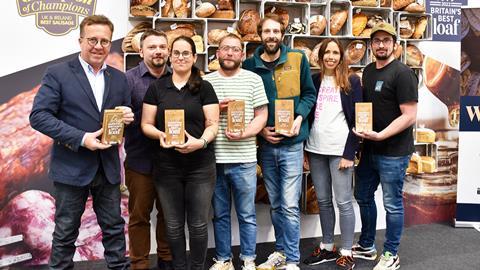 A Parmesan & Black Pepper Sourdough Loaf from Bakerman in Darlington has been crowned Britain’s Best Loaf 2022.

It fought off stiff competition from loaves across six categories – Gluten Free, Innovation, Plain Sourdough, Sourdough with Other Ingredients, White and Wholegrain – to secure the ultimate accolade.

The sourdough, which took the top spot in the Sourdough with Other Ingredients category, was praised by the judges for its bold flavours as well as punchy aroma and the technical expertise it displayed. 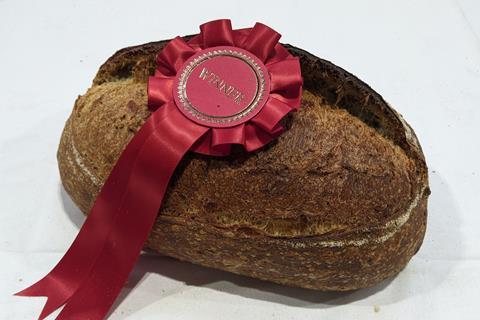 ”I had a good feeling when I was making the dough,” said the winning baker, Dan Booth of Bakerman. ”It felt great and came out of the ovens lovely in the morning so I thought I was in with as good a chance as I could give myself, but there are always brilliant bakers here so I’m delighted to have won.”

British Baker editor Amy North congratulated all of the bakers of the competition’s winning and highly commended loaves. “We were thrilled with the quality and quantity of the loaves entered,” she said. ”It was fantastic to see the passion, skill and innovation from Britain’s bakers shining through.

“I’d also like to extend a huge thank you to the judges and sponsors who made the day possible.” 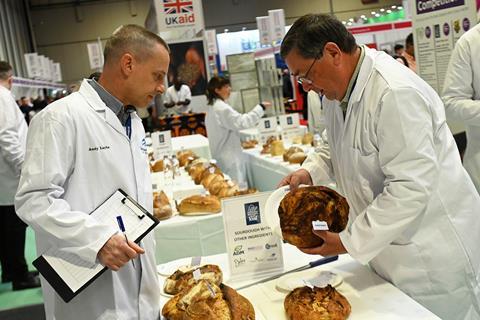 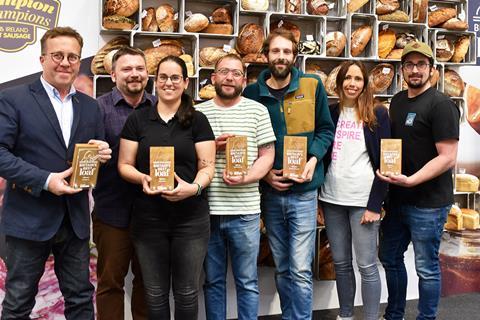 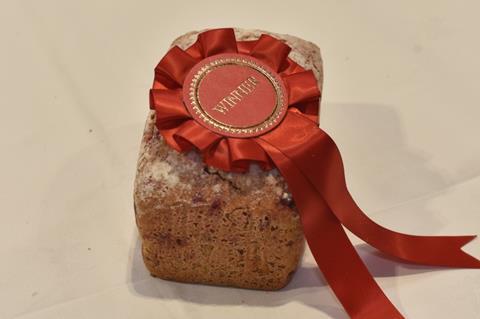 The judges described it as an “attractive looking loaf with a great taste”. It was praised for its innovative use of ingredients and their even and plentiful distribution. 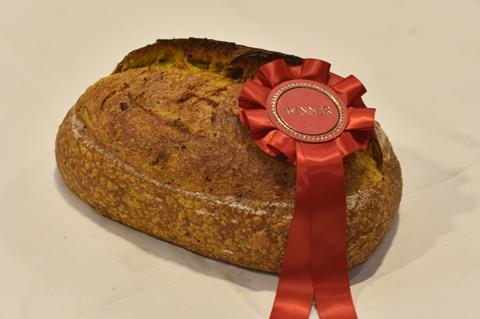 Created following a wholesale customer’s request for an ‘Indian inspired’ open sandwich, this nicely baked loaf stood out thanks to its enticing aroma and vibrant colour, with the judges also praising its beautful appearance.

The judges in the Innovation category were also impressed by this golden-coloured loaf featuring white wheat and wholemeal flours, turmeric powder, cranberries, roasted walnuts and semolina. 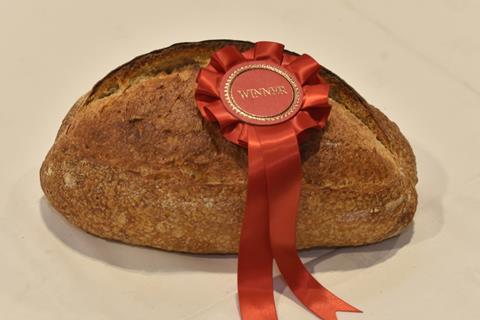 Shaped into cane baskets after three hours of bulk fermentation and left to prove at ambient temperature for one hour prior to being cold proved for 18 hours, this loaf is scored straight along the top to produce an ear for acetics and to help control the shape and ultimately the quality of the crumb structure.

This “ticked all the boxes for a wonderful plain sourdough”, according to the judging panel, who praised the loaf for its nice crust, attractive appearance and balanced flavour.

Also winning plaudits from the panel, this loaf features a good balance between lactic and acetic flavours, with a mostly open crumb structure and a crisp crust.

”It was just something I thought of one day and thought would be a delicious concoction for bread, and since then I’ve been tweaking the ratios and flours,” explained the loaf’s creator, Dan Booth of Darlington-based organic community bakery Bakerman. The business, which has been running for around 18 months, specialises in sourdough and also supplied the winner of the Innovation category in this year’s competition.

”The Parmesan & Black Pepper Sourdough has been a work in progress for the last five or six years so I’m delighted we’ve finally nailed it,” Booth added.

The pepper provides a punchy kick which complements the parmesan, according to the judges, who were also impressed with the overall look of the loaf as well as the quality of the internal structure. 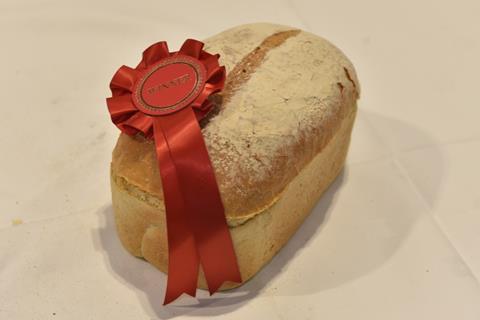 A good prove and good bake resulted in a soft white loaf which impressed the judges for its taste, appearance and strong consumer appeal.

Also judged praiseworthy by the expert panel was this simply delicious loaf from Ingleton-based Seasons Bakery. 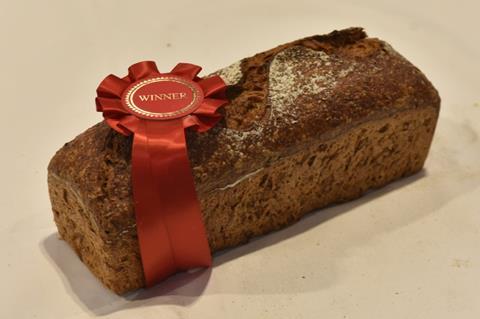 This loaf is created using brewers barley from Warminster Maltings. Organic otter barley is sprouted on the malt room floor, lightly roasted, then crushed and cooked into a porridge, realising the malty flavours. This is then hand folded into white sourdough.

The rustic look and delicious flavour made the loaf a standout in the Wholegrain category, according to the judges.

This loaf, created during lockdown, is a blend of four different kinds of flour: white, malted, wholemeal and dark rye, to offer a moist and flavoursome bake.