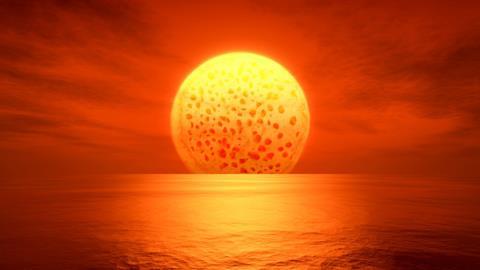 What’s on the horizon for sourdough?

Sourdough is taking over. No longer content with dominating millennials’ favourite brunch of avocado on toast, it’s now vying for space in croissants and crumpets, crackers and even naan

The trend has been bubbling under the surface for a while and, as the average consumer becomes more comfortable with the concept of sourdough bread, they’re more accepting of it in other items.

So, where is this trend heading in the near future? Which baked goods are primed for a sourdough injection and what, if any, impact does adding sourdough have on them?

“As a buzz word in bakery in recent years, there remains an opportunity for bakers to benefit from adding sourdough to non-bread goods,” believes Michael Schofield, marketing manager at Bakels. “Products that contain sourdough are often perceived to be higher quality and better for you, so adding it to goods such as pizzas, morning goods and sweet treats is sure to appeal to consumers.”

Over the past year alone, a number of notable launches have embraced this trend. There are sourdough flatbreads from Peter’s Yard, Sourdough & Linseed wraps from Mission Deli and even artisan-style breaded fish fillets from Birds Eye, complete with a sourdough and spelt crumb.

Besides being on-trend, there are various benefits to adding sourdough to items other than bread, with flavour and fermentation properties key among them. However, this will vary depending on whether an active or deactivated sourdough is used.

“As a buzz word in bakery in recent years, there remains an opportunity for bakers to benefit from adding sourdough to non-bread goods”

While there is debate in the industry over whether both are considered ‘real sourdough’, Lucas Westphal, senior bakery scientist at Campden BRI, says each has its benefits.

“The key difference between active and deactivated sourdough is the absence of live yeasts and bacteria in the deactivated form. Consequently, only active sourdough has the ability to produce a sufficient amount of gas during fermentation and contribute significantly to the rise of the product, as well as develop flavours in situ,” he explains.

“Depending on the processing method used to create deactivated sourdough, volatile flavour compounds may be lost to some extent during processing. On the other hand, caramelisation reactions may occur that can improve the flavour of the finished product.”

Flatbread specialist Butt Foods tapped into the sourdough trend with the creation of its sourdough naan in 2017. Described as its “lightest, bubbliest and tastiest naan”, it is now one of Butt Foods’ best-sellers and draws inspiration from the traditional production of naan that are leavened with old dough.

However, as managing director Dan Butt explains, this flavour takes time to create. “The sourdough naan process is a much longer process than for the regular naan,” he says.

Butt Foods uses a four-stage production process over a number of days to create sourdough naan. “We all know that bread loves time – the more you can give it, the deeper and richer the flavour. This does come with certain constraints of time and space, but this is well-managed by our production team, so there is no bottleneck in production,” Butt adds.

The type of sourdough used can also add to the flavour. Oxford’s Modern Baker, for example, uses a sweet oat sourdough as the base for its Cranberry, Pecan & Oat organic sourdough biscuits and a base of spelt flour for its Chocolate Chip & Almond ones. Whereas Wrexham-based Village Bakery opts for a rye sourdough for the award-winning Ultimate Five Grain Crumpets it manufactures for Marks & Spencer. This involves soaking rye, spelt, linseed, sunflower and wheat in the sourdough to add to the depth of flavour and a soft bite.

While sourdough can be added to a variety of bakery items, Campden’s Westphal notes it is unsuitable for short biscuits, due to its high water content, which will cause side effects such as gluten development. In addition, he advises caution when using it in laminated products like croissants. This is because the application of sourdough generally reduces the resistance to deformation of a dough, making it softer and stickier.

“It is desirable that the firmness of the dough matches the firmness of the pastry fat. If the dough is much softer than the fat, layers of fat that are too thick may remain after the lamination process, which is likely to lead to fat leaking out during baking – and the desired volume and texture will not be achieved,” he says.

“Moreover, if the dough becomes much stickier through the inclusion of sourdough, the processing and moulding of the dough will become more challenging and rely either on a skilled baker in the case of manual moulding or speciality equipment in an automated process.”

This is where dried sourdough comes in, believes Bakels’ Schofield, as it enables bakeries with staff who aren’t necessarily trained in the production of long-process sourdoughs to sell goods labelled sourdough. Bakels offers Fermdor dried sourdough in rye, wheat- and spelt-based varieties, as well as durum and smoked, which can be used at 1-5% flour weight in recipes. “Dried sourdough can be simply added to a variety of doughs, including pizza and pastry for twists on traditional products,” he adds. “This enables bakers to market their goods with the description ‘made with/contains sourdough’, which for many denotes added value.”

It can also have the advantage of a longer shelf life than those using active sourdough, according to Westphal, and depending on the exact specification, may not require chilled storage.

Either way, plenty of opportunities for sourdough lie on the horizon.