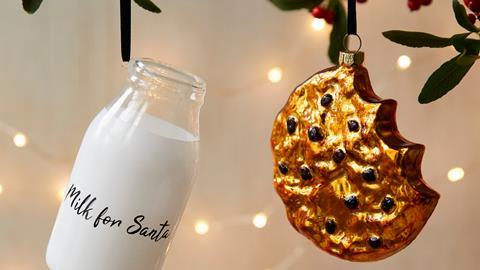 These companies are hoping it’ll be love at frost sight as they seek to spread some yuletide cheer with their seasonal NPD.

From deer-ing doughnuts and cracking savoury pies to festive frozen cheesecakes and Elf on the Shelf-themed sponges, there’s plenty to choose from. 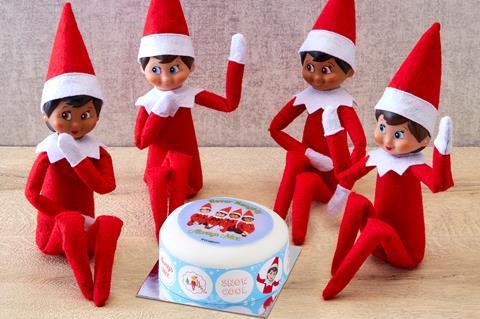 BBF, the ambient cake and dessert manufacturer, has teamed up with Rocket Licensing and The Lumistella Company to unveil The Elf on the Shelf Mini Gift Cake.

Available in four different designs, the Madeira sponge is filled with a fruity plum and raspberry jam and covered with soft icing and an edible plaque. It also features a detachable collar of The Elf on the Shelf-inspired stickers.

“While Christmas will of course be different this year, we look forward to helping families keep exciting traditions like this alive by building on the existing brand,” said Jonathan Lill, chief executive officer of BBF Limited. 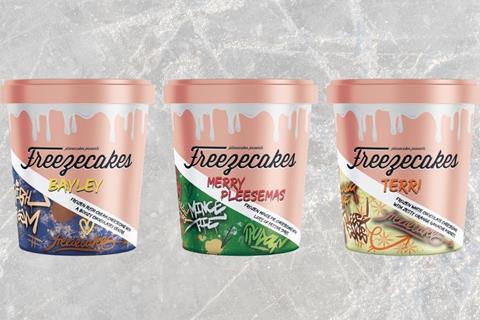 The online cheesecake supplier has spruced up its traditional offer with limited-edition frozen variants made from an artisan cream cheese mix served in a tub. The 100ml Festive Freezecakes range comprises:

The Freezecakes, sold in boxes of six (£21) or as a set of nine (£27), are available online or via UberEats, Just Eat and Deliveroo hubs in selected locations. 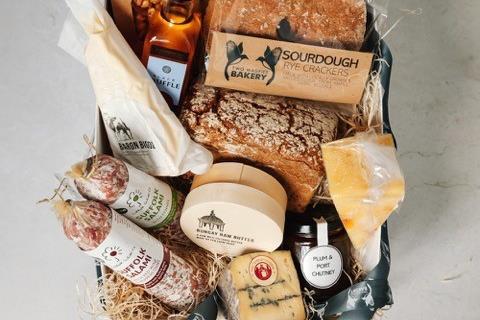 The Suffolk-based bakery has enhanced its Christmas range this year with a Cinnamon Swirl Butter, made from cinnamon buns and caramelised white chocolate.

Described as perfect for toasting, it costs £4.50. Joining the line-up is a Panettone with Figs, Dark Chocolate and Pedro Ximenez Sherry (£12) and a Two Magpies Festive Hamper brimming with mince pies, rye sourdough crackers and jam (£55). 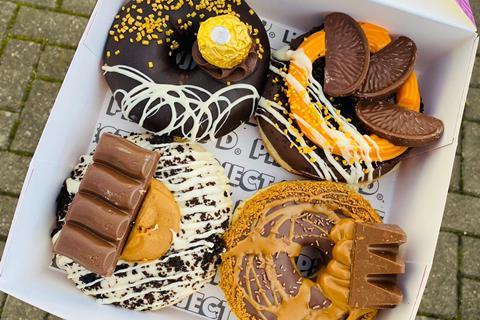 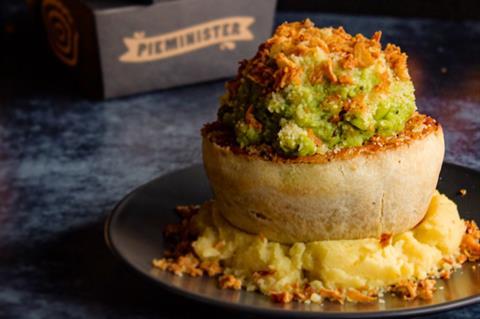 Pieminister has launched a limited-edition Festive Mothership Kit (£40) for four people. The boxes contain four pies, four portions of mash, four servings of minty mushy peas, crispy onions and cheese, gravy and cooking and assembly instructions as well as a £5 gift voucher to spend at any of the brand’s restaurants.

In addition, Pieminister is donating £4 from the sale of each pack ordered online to FareShare South West to help fight hunger and food waste.

“Since April this year, we’ve donated over 40,000 pies to this incredible charity but the need for donations has never been greater,” said Jon Simon, Pieminister co-founder and managing director.

“FareShare South West has stepped up in a crisis to bridge the food gap caused by Covid-19, and through sales of these mothership kits, we can offer further support during this challenging time for so many.”

Pieminister’s limited-edition Festive Gift Box of 4 Pies, the flavours of which can also be selected as part of the Festive Mothership Kit, have also made a return for 2020. 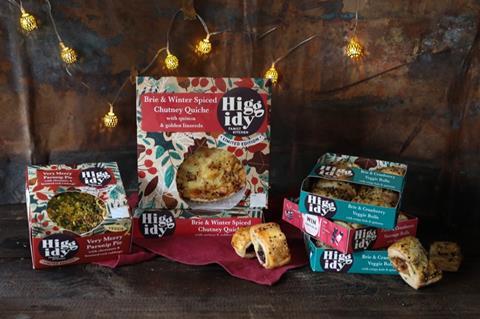 Premium pie and quiche brand Higgidy has unveiled a limited-edition winter range aimed at celebrating the flavours of the season and taking the hassle out of cooking from scratch.

“We know from insight, which we’ve also seen in various features and articles, that many people will be looking to have a more traditional and nostalgic Christmas this December,” said Camilla Stephens, co-founder of Higgidy.

“Our new winter range aims to bring a touch of comfort and joy into homes this year, inspired by the nation’s favourite classic winter staples, but with a fresh Higgidy twist.” 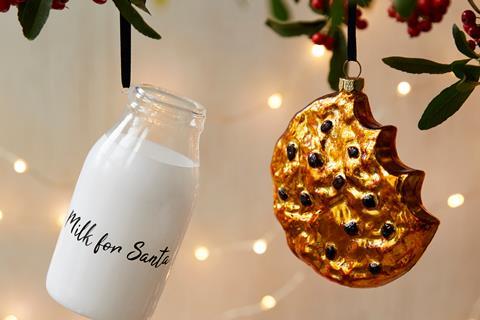 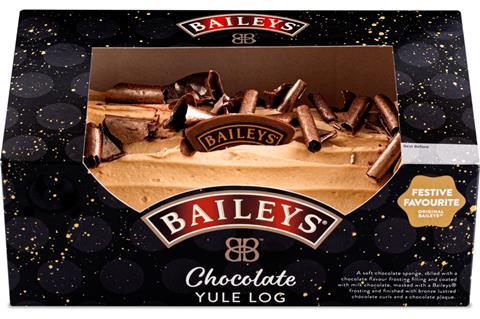 Finsbury Food Group has extended its range of Baileys-licensed products with a collection of alcohol-infused cupcakes and snack bars.

Joining the Baileys Yule Log (£5), which has returned for 2020, are 4 Baileys Chocolate Treat Blondie Bars (£1.50) featuring a blondie sponge filling finished with Baileys frosting all wrapped in a thick layer of milk chocolate, and 9 Baileys Salted Caramel Mini Cupcakes (£4), a chocolate sponge topped with Baileys flavour frosting and a caramel drizzle.

The full range is being sold in Asda, with selected products available in Tesco, Co-op and Sainsbury’s.