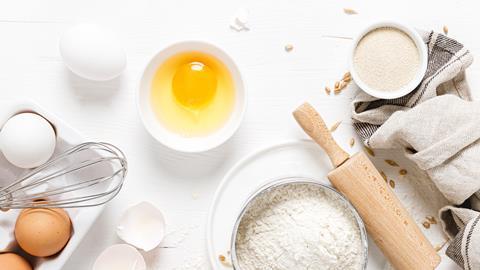 The lockdown home-baking boom saw supermarket shelves emptied of yeast. Could it bring further developments to the market?

Brits’ new-found passion for home-baking during lockdown had unforeseen circumstances – and not just the sticky mess left across kitchens by all those failed sourdoughs.

Retailers and their suppliers couldn’t keep up with the surge in demand for flour or dried yeast, leading to empty shelves and frustrated would-be bakers.

Professional bakers suffered no such problem as they typically use fresh yeast in liquid or block format (see p21) rather than dried. So why was there such a shortage of yeast at retail? And what could the home baking boom mean for the yeast market in future? 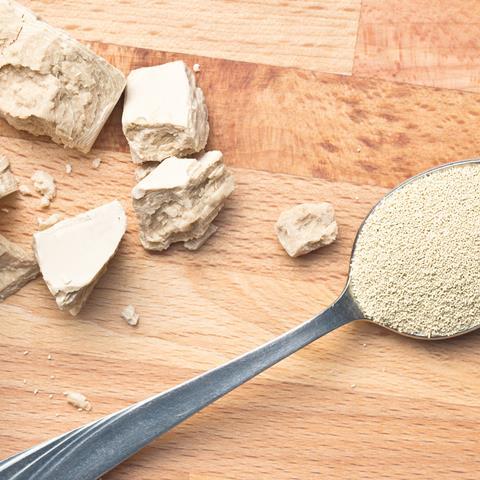 The retail yeast manufacturer supplied by Lallemand, for example, has only a single line that packs yeast in 7g sachets. This specialised kit flushes each sachet with nitrogen as the packs need to be free of oxygen to maintain the shelf-life integrity of the yeast.

“The processing and packaging for dried yeast typically sold for home baking was difficult to sufficiently expedite to meet such a significant increase in demand across the world,” says Roy Parton, head of sales at Lesaffre.

It also brought a surge in demand for the smallest industrial pack of dried yeast, a 500g format that makes up to 200 loaves of bread.

“We sold four times our normal sales volume and, even here, the packing line was the limiting factor to meet the demand,” says Sean Quinn, sales director for Lallemand GB. “This product was untimely sold via e-commerce and, I’m afraid to say, there was a lot of price gouging and yeast was repacked down into unsuitable packaging which would have led to the yeast under-performing.”

The situation at retail is now returning to normal and, although there are still a few shortages, stocks levels have generally been replenished.

But what could the surge in home-baking mean for the yeast market going forward?

“It is believed that the interest in hobby baking will continue, but clearly not at the level we have been seeing,” says Sam Cook, marketing business partner, AB Mauri UK & Ireland, who adds that it will be interesting to see what happens as people currently working from home return to their places of work.

“To what level the home baking picture may change, as a result of this, is not abundantly clear at this stage.”

Should the great British bake-in continue, is there an opportunity for suppliers to develop a wider range of yeast products for the home market?

As shoppers struggled to buy dried yeast in supermarkets, enterprising bakery firms such as Gail’s sold fresh yeast alongside flour, as did Asda and Morrisons by repacking fresh yeast from the in-store bakery and selling it in stores’ fresh sections.

Cook at AB Mauri UK & Ireland says fresh yeast is a possibility for UK retail, but would require investment throughout the supply chain due to handling requirements and shelf life.

“The key element,” he says, “is to see how retail dried yeast sales play out through the remaining months of the year.” 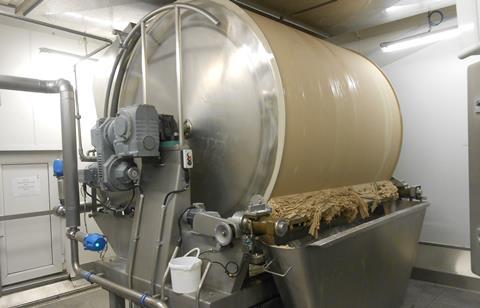 From a few cells of yeast to a supermarket staple

Recent events have thrown the spotlight on dried yeast as supermarkets across the country faced shortages because of packaging issues.But how is the home-baking essential produced?

Fermentation – The process begins with a tiny vial (called a slant) containing a few cells of Saccharomyces cerevisiae. The cells are fed a nutrient mix including water and molasses and are grown in a series of larger containers until the commercial yeast mixture fills a storage silo. At this stage, the mixture contains 8% dry matter (DM).

Separation – The yeast is collected by separating it from the liquid in a centrifuge that results in a cream yeast (20% DM). In the case of AB Mauri, this cream yeast is delivered by tankers direct to plant bakeries for production.

Filtration – Cream yeast is filtered using a rotary vacuum filter. This comprises a large rotating cylinder that sucks water out of the product, resulting in a solid product that is scraped off the drum using a knife that sits parallel to the cylinder (see picture above). This process results in the compressed yeast (30% DM) that is packaged into blocks.