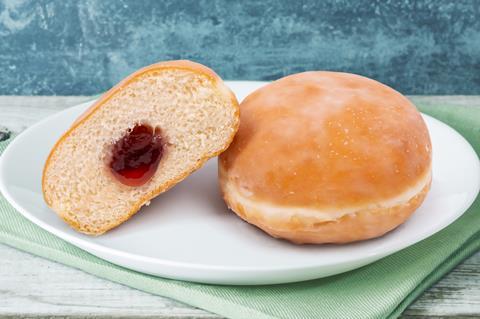 The free-from bakery market is booming as businesses aim to offer treats for all dietary needs and preferences.

Major players as well as up-and-coming ones are continuing to tap into this with new treats from vegan-friendly doughnuts to gluten-free biscuits.

Here we round up some of the latest free-from launches: 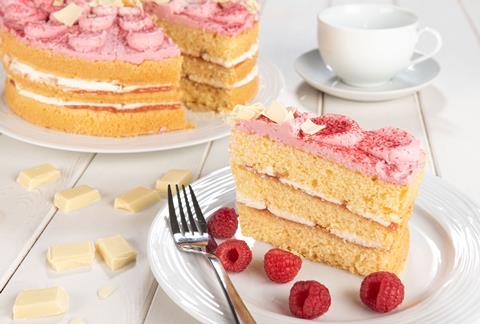 Just Desserts Yorkshire has added a seven-strong gluten-free range to its portfolio of handcrafted cakes and desserts. The range comprises:

Natural confectionery brand Prodigy is branching out with the addition of chocolate biscuits to its line-up.

Prodigy claims the Chocolate Digestives and Chocolate Oaties are ‘your favourite biscuits reimagined’. Both are wheat free, instead using barley, oat and rye flour, are vegan-approved and contain half the sugar of a typical chocolate biscuit, the brand added. They’re also high in prebiotic fibre and contain no palm oil or refined sugars.

“We believe we’ve really hit the spot with chocolate biscuits that not only taste incredibly moreish, and that are of course dunkable, but that are also better for you and more sustainable,” said Prodigy founder Sameer Vaswani. “Holland & Barrett have been such a great support to us and we are so grateful to have them on board for the biscuits launch.” 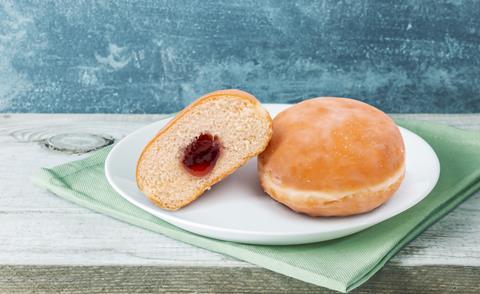 The doughnuts, which defrost in two hours, are available in two shapes – a glazed ring and jam filled ball – and have an artisanal appearance with a light crumb structure, according to the business. Both are covered with Dawn Food’s Non-Sticky Doughnut Glaze which means they can be packaged without the risk of the glaze being smudged, Dawn added.

“Dawn’s new Vegan Donuts are the natural extension to our portfolio of vegan frozen finished products and mixes which have seen impressive sales growth since their launch,” said Jacqui Passmore, marketing manager UK and Ireland at Dawn Foods.

“The significant number of people now choosing vegan and flexitarian bakery options along with the renaissance of the donut category – from plain iced through to elaborately filled and topped donuts – made it a logical step to launch a donut in our frozen vegan range offering.” 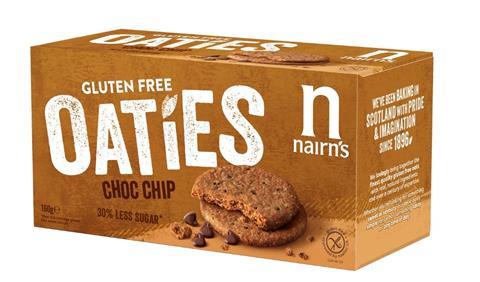 Building on the success of its Gluten Free Oaties, Edinburgh-based Nairns is rolling out a Choc Chip version.

Made from gluten-free oats, the biscuits boast 30% less sugar than the average gluten-free sweet biscuit, are high in fibre and contain 49 calories each. They’re also suitable for vegans.

The Choc Chip Oaties are available in Sainsbury’s with an rsp of £1.39 per 160g pack. 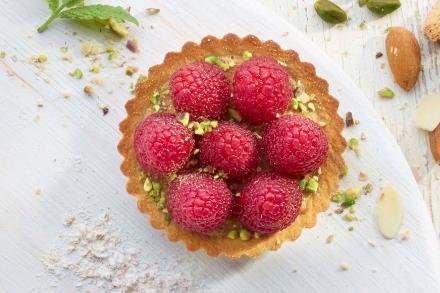 Belgian pastry specialist Pidy has extended its sablée pastry range to include a vegan base.

The vegan tartlet cases measure 9.5cm and are made from a plant-based recipe which includes ‘responsibly sourced margarine’ which Pidy said ‘maintains the same crisp, golden, and ‘buttery’ signature finish’ that it has become known for.

“It’s really exciting for us to be able to offer our quality products to an even wider range of consumers,” said Fabien Levet, commercial manager at Pidy UK. “We’re really proud of our sablée range, and even prouder to be one of the first professional pastry suppliers to launch an extensive vegan range within that.”