VE Day: The role of bakery in Britain during wartime 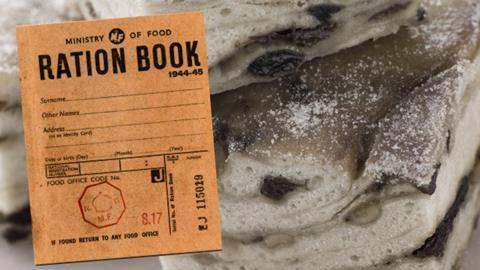 Food historian Seren Charrington-Hollins, who is working with Dawn Foods in its 100th birthday year, looks at the important role of the baker and baked goods in the 1940s. 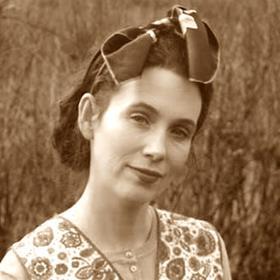 When Britain entered World War II in 1939, commercial bakers were an important part of domestic life, but as the war continued, the baker was to become a vital lifeline for the home front.

When news of the war broke, Britain was importing around 20 million tons of food each year to feed the nation. However, importing food to keep the country fed became problematic as cargo ships were needed to carry troops and munitions. Britain was quickly running out of food and rationing had to be introduced, which spelled many changes for home and commercial bakers alike.

The Ministry of Food advised housewives to try using mashed potatoes in place of flour, and carrots as a sweetening agent, leading to some curious cake recipes such as potato shortcake.

Baked bread consumption was at a consistently high level in the 1940s and while bread and flour weren’t rationed during the war, white flour was in short supply and went to commercial bakers.

Bread was considered a vital resource and the British Ministry of Food urged citizens to “make the most of every crumb”, because “bread is worth more than dough”. Posters urged householders to be economic with their bread consumption through slogans such as ‘Save the Wheat and Help the Fleet’, and /The Kitchen is the Key to Victory: Eat Less Bread’.

The commercial baker was also facing imposed economies and restrictions on his baking activities.

Bakers were considered important enough to the war effort to be exempt from military service.

On 23 December 1940, commercial bakers were given orders to discontinue making 1lb white loaves and, by 1942, the only type of bread that could be sold was the National Loaf, which was coarse, crumbly and dry. Though it is certain the National Loaf was a far cry from the white bread of peace-time, bread was still considered such a staple food that the role of a baker was a reserved occupation, meaning bakers were considered important enough to the war effort to be exempt from military service. 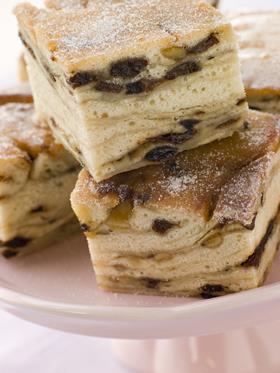 Bakers throughout wartime and post-war rationing were an important part of the community and their role during this troubling time was a necessary one.

Though people longed for the luxury of many unavailable food stuffs they still queued for their bakery staples and made the most of it. By 1943, virtually every household item was either in short supply and had to be queued for or was simply unobtainable, but the community spirit was strong and people clung to hope and took comfort in the few baked goods wartime allowed – and the fact that, one day, it would all be over.

The hardship of wartime is often reflected upon, but the camaraderie and community spirit is perhaps the part of the war that is most fondly re-told.

Bakery shops were not just somewhere to buy a cake or a loaf of bread. As houses were bombed and household supplies of gas and electric were interrupted, the baker and his oven became a vital asset to the community, with desperate housewives able to bring in a ham or casserole to go into their oven after the bread was finished.

There are some wonderful stories of how communities and bakers pulled together during desperate times throughout the wartime era.

When Coventry suffered a 12-hour blitz on 14 November 1940, all the bakeries were put out of production. Despite their own plight, the bakers rallied around to ensure the city was fed; bakers’ vans were sent out to Birmingham and 4,500 loaves were brought back.

Rationing was so tight that wartime wedding cakes were sometimes made from cardboard and for display only. Bakers would loan the cardboard cakes to wartime sweethearts, so at least it looked like they had a cake in their wedding photographs.

Severe sugar rationing meant that being able to pipe cakes with royal icing was a rarity even among master bakers, and their apprentices were often given mashed potato in a piping bag to keep piping skills honed.

But while icing may have been off the menu, the baking of wedding cakes became a community effort. With rationing in full swing, it was common for each wedding guest to be asked to donate an ingredient for the wedding cake and the local baker to mix and bake the cake.

During the difficulties of wartime, bakeries were an essential part of the community, helping and assisting not just with morale-boosting with their baked goods, but by acting as a solid institution within the community and being resourceful.