Tesco to launch network of recycling points for bread bags 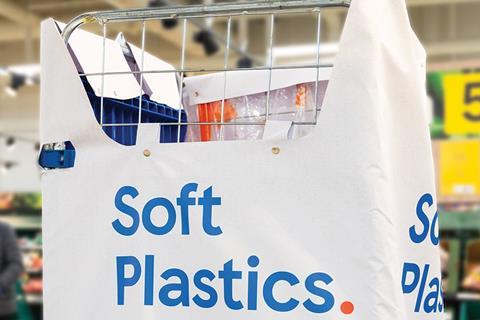 Tesco is rolling out what it claims is the UK’s largest network of recycling points for soft plastic, including bread bags.

The recycling points are being placed in 171 stores in the south west of England and Wales with plans to roll them out to all large stores nationwide. This will be the first time that the UK has had a network of collection points of this size dedicated to the material, it claimed.

Bread bags will be among the plastic collected alongside fruit and vegetable packaging, crisp packets, salad bags, and pet and baby food pouches as well as clingfilm and other soft plastics.

Once collected, the plastic will be sent for recycling where it is washed, sorted and processed before being turned into new packaging. It will be used to pack items such as food and household products.

The roll out follows a successful 10-store trial where customers responded positively, returning more than 10 times the expected amount of plastic, said the retailer. The material has already been used to produce food-grade packaging for a selection of Tesco cheeses.

Most councils don’t collect soft plastic from homes for recycling and it therefore often goes to landfill or incineration, it added. However, LDPE bread bags can also be collected for recycling alongside other types of plastic bags at a number of major supermarkets.

“It is an absolute priority to remove and reduce as much plastic as possible and ensure everything we use is recycled and kept out of the environment,” said Tesco director of quality, Sarah Bradbury.

“Where plastic serves an important purpose such as reducing food waste, these new recycling points make sure that every piece can be easily recycled. Trials have shown they are popular with customers, so we believe rolling them out at scale will have a real impact.”

Some of the UK’s biggest bread players have sought to improve the recycling rate of bread bags in recent years. Hovis, for example, launched a bread bag recycling programme in 2019 with recycling firm TerraCycle while Allied Bakeries added a recycling logo to the front of Kingsmill and Burgen bread bags to encourage more consumers to recycle them.