Bakers rally round to offer support to Ukraine 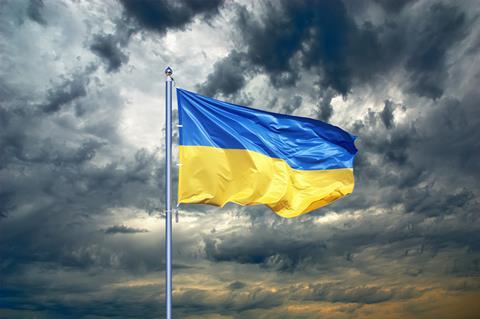 The baking industry has shown its community spirit once again as it rallies to raise funds and offer support to Ukrainians suffering because of the war.

Many have created speciality breads and pastries for the occasion, with the proceeds from their sales going to charities, while some have sent supplies directly to those in need.

Here, we look at a few of the bakeries stepping up to help: 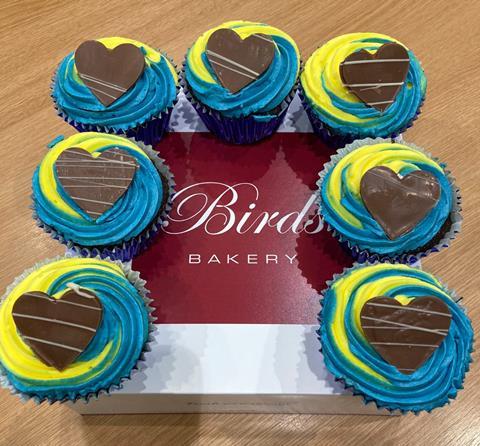 Birds Bakery has created a cupcake for Ukraine to raise money for the Red Cross Ukraine Crisis Appeal with £1 from the sale of every cupcake sold donated to the cause.

Within two days the bakery chain raised £2,722 for the cause rising to £9,416 within a couple of weeks. The cupcakes remain on sale.

“Like everyone, we are just trying to do something to help the families who have been displaced by this terrible conflict,” said sales & marketing director Mike Holling.

Pret A Manger has announced that it is helping to fast-track Ukrainians who want to come to the UK and are seeking work.

The coffee chain said this represented an extension of its legacy work in helping refugees into employment, and it would be offering ‘emotional and financial support’ to the Ukrainians fleeing the war with Russia.

The support will include one-to-one counselling, English tuition, vouchers to cover household items and assistance with housing, a Pret spokesperson said.

“This follows a long heritage of the Pret Foundation taking on refugees, working with the likes of Cardinal Hume Centre. Over the last decade, Pret has employed refugees from Eritrea, Ethiopia, Sri Lanka, Iran and Yemen,” the spokesperson added. 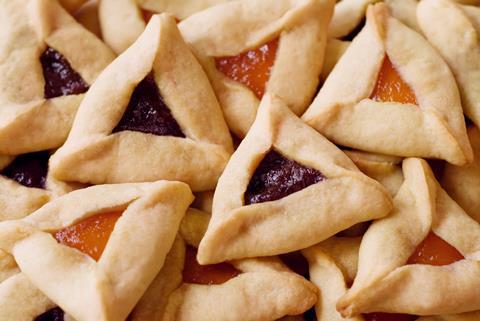 The business donated every penny from the sales of Hamantaschen throughout March to Polish Humanitarian Action to help the charity assist Ukrainian refugees at the Polish border.

The treat is triangular and comprises pockets of pastry filled with poppy seed and honey or lemon marzipan. It was chosen as it is a symbolic cookie in the Jewish culture for the celebration of Purim – a time of reflection about the triumph of good.

Inspired by the Cook for Ukraine campaign, the appeal has raised £10,000 so far through donations to the JustGiving page as it encourages bakers to create Ukrainian and Eastern European breads and pastries to raise funds for the cause.

In addition, the campaign is asking the community to share Ukrainian recipes by posting on social media using the #bakewithukraine. 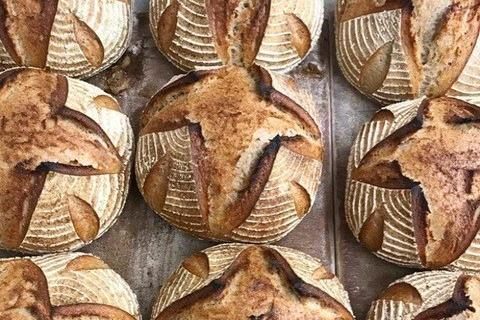 Two Magpies Bakery has joined the fundraising efforts for Ukraine by donating all the money it raised selling bread on Saturday 12 March to the cause.

With seven branches, the bakery raised £2,100 to the Ukraine Crisis Appeal which will be used to give aid to protect vulnerable people in the country and the wider region.

“We’ve all watched the news and seen the growing state of emergency both in Ukraine and for its residents who are fleeing the state and we wanted to do something to help,” said Carl Stock, MD at Two Magpies Bakery. “Bread is one of our biggest sellers so we knew we could raise a great deal of funds in a short space of time to go to this incredibly worthy cause. We all have to do our bit to support our European neighbours.” 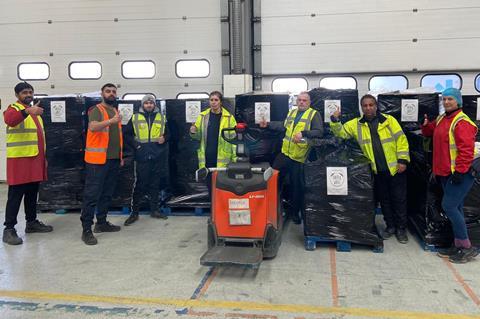 James Eid, founder of Earth & Wheat, sent nine pallets to Przemysl which is just over six miles from the border. They were delivered in co-ordination with the Red Cross.

“Since the conflict started, I’ve been trying to find a way of helping the refugees in any small way that we can by getting our bread boxes to the Polish border and have now managed to do this through Oakland International,” said Eid. “They told me that some of the trucks that went last week were driven by Ukrainian drivers who became stranded when Russian forces initially invaded. These guys were taken in by Oakland, given food, water, accommodation and the means to contact their families, before being given a full tank of diesel and a trailer load of aid donations to return home with.

“Many of the UK’s food suppliers are coming together to help the relief effort which will hopefully make a massive difference to those who need it most.”

Oxfordshire-based Forge House Bakery is donating every penny made from the sale of selected baked goods to the UN Refugee Agency.