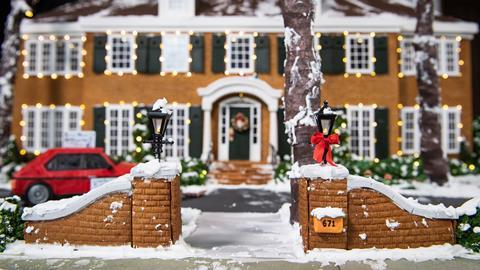 She began by studying the architecture and exterior of the McCallister family home in the suburbs of Chicago. She then sketched designs of its features, before baking the gingerbread and modelling the house, including fans’ favourite moments.

“I jumped at the chance because it is one of my favourite Christmas movies – it doesn’t really feel like Christmas in our house until we have seen it at least twice. I had so much fun making it look festive and I loved making those cheeky characters Kevin and burglars Harry and Marv. I hope everyone will enjoy spotting iconic details from the movie,” said Wibowo.

The set comprises a gingerbread Kevin in the snow after falling off his sled; a tarantula on Harry’s face after a run in with Buzz’s favourite pet; a pizza delivery car and array of boxes from Little Nero’s, the McCallisters’ favourite pizza place; and the Oh-Kay Plumbing and Heating van belonging to the Wet Bandits Harry and Marv.

The scene also includes Kevin’s tree house with a tyre swing; the paint cans used in one of the booby traps; an icing figure of Kevin’s neighbour Marley; the statue in the front garden that is continually knocked down by vehicles; and the Christmas wreath on the front door.

The Home Alone gingerbread scene will be delivered to the Oak Centre for Children and Young People at The Royal Marsden in Surrey. It will be displayed for paediatric patients and their loved ones to ‘help build festive memories together’. 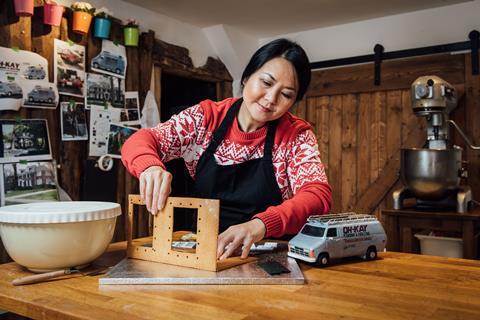 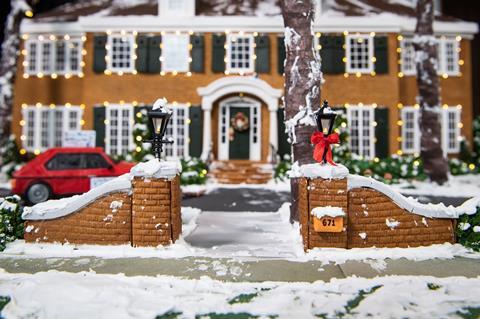 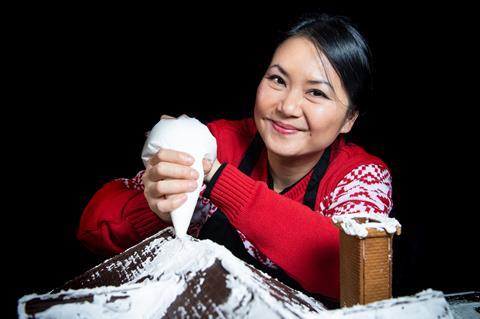 Let it snow: Wibowo pipes icing onto the gingerbread roof. 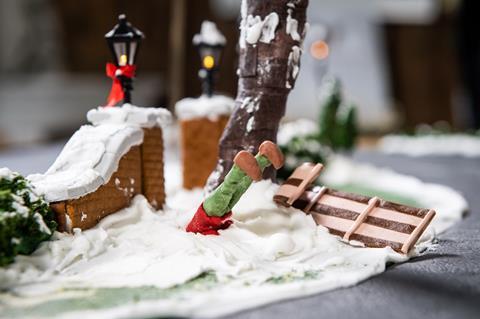 Kevin: the eight-year-old hero is stuck in the snow after falling off his sled. 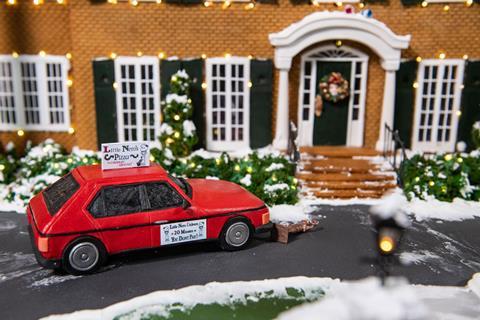 Little Nero’s: the pizza delivery van knocks over the statue in the front garden. A Christmas wreath is on the door in the background. 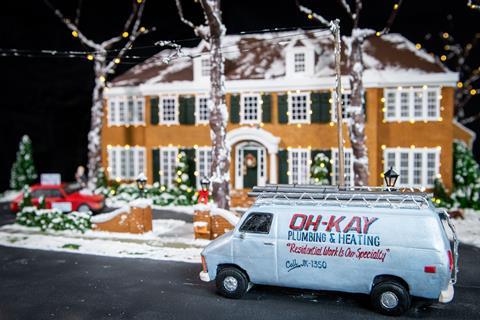 Oh-Kay: the famous plumbing and heating van belonging to the Wet Bandits Harry and Marv. 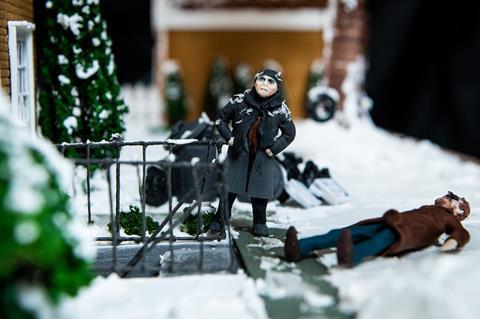 Harry & Marv: Marv waits outside the house as a tarantula leaps onto Harry’s face. 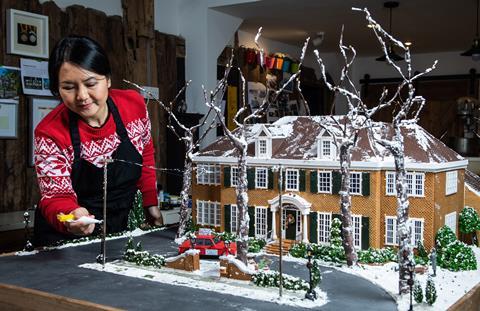 Finishing touches: Wibowo pipes some more icing along the lamp posts in the street. 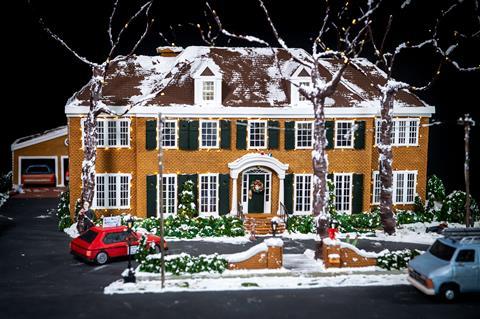 The finished house, complete with wreath, snow and other decorations.