How will millers deal with the UK’s tiny wheat crop? 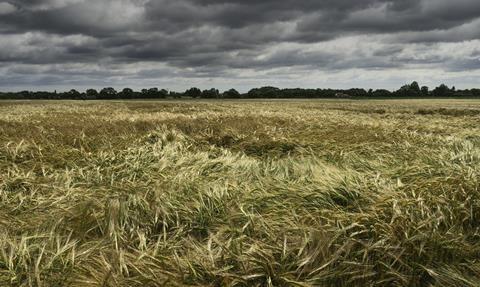 Julius Deane, wheat director at Carr’s Flour, on the impact a small local crop is set to have on the UK milling industry.

“Undoubtedly, the UK wheat crop from the upcoming harvest will be one of the smallest for many years and not just by a few percent.

This is not surprising with the combination of such a wet autumn, reducing planted area, combined with a dry spring damaging the small crop that did get planted. We can only hope that the weather over the next six to eight weeks will be kind so we don’t see quality problems on top…

Wheat harvest started in France a couple of weeks ago, and as a neighbour that experienced some of the similar climate to the UK, it is interesting to see if this is a portent for what we might see soon ourselves. So far the wheat harvest is a very heterogenous one, but on average, yields are down about 20%, specific weight down about 5%, Hagberg Falling Number down 10%, moisture up 10%, but protein up 8%. But, with few reports of mycotoxin issues, the “useable” proportion at this stage seems high.

The market for the upcoming wheat crop in the UK has already risen to “import parity”, so plenty of new crop milling wheat from known and trusted sources such as northern Germany is already on the books, especially to mills in the north and those with adjacent ports.

In addition, a larger than normal quantity of last season’s bumper UK crop has been held back for delivery this autumn.

Much less wheat will be used by the feed compounders and bio-ethanol sector, as maize is so much cheaper. This will allow more wheat to be available for flour production. But with the largest reduction in wheat production being in the “wheat heartlands” of the Midlands and east, we will see some different trade flows. Normally surplus wheat from here would be trucked out to mills in the north and north west, but this season wheat will be trucked into mills in the Midlands from port stores and areas of surplus such as the South coast. Inevitably, the wheat raw material will cost more because of the additional transport cost.

In summary, UK millers are resilient and flexible, and will always find wheat sources to keep flour supplied to the nation’s bakers and food manufacturers.”