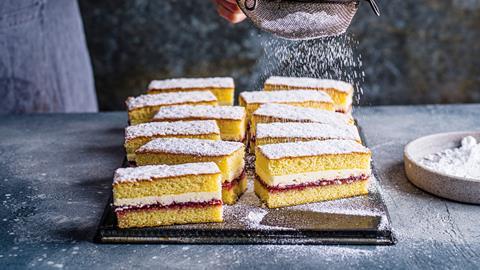 “We’re excited to put our stamp on things”

Oakham-based Cakehead is out to make a name for itself in the independent coffee and farm shop markets where it plans to put its brand and products firmly in the spotlight.

Behind its fresh branding and modern appearance lies a wealth of knowledge. The business was created in 2004 by husband-and-wife team Chris and Helen Finnegan. The couple were not new to the industry, having previously founded Corby-based foodservice supplier Finnegan’s Famous Cakes, which was bought by Sara Lee Bakeries in the nineties. 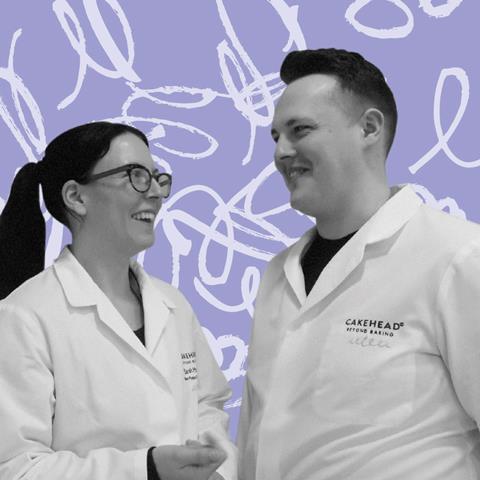 Until recently Cakehead focused solely on white label goods, supplying most of the major coffee shops, but the next step in its treat-filled journey is with a consumer-facing brand. “We’ve probably been in the industry 45 years, and nobody has ever heard of us,” says Helen. “We’ve been through a period of growth in white label so now it’s time to do a brand.”

Following a £3m investment to convert a factory into a fully functioning bakery, the firm was ready to unveil the Cakehead branded range at the Farm Shop & Deli Show in early 2020 but the pandemic got in the way. Instead, the business pivoted with a ‘Cakeout’ range of cakes by post. “It’s gone very well,” Helen notes, highlighting the addition of personalised corporate boxes since then. 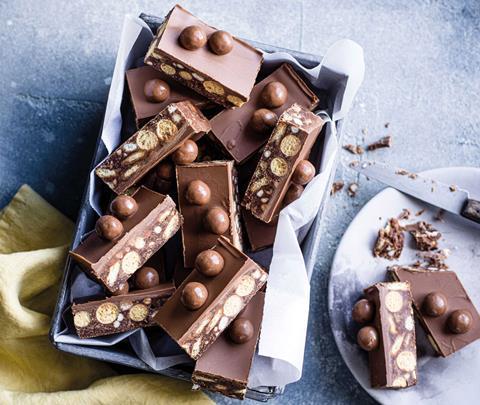 Both are “very much part of the future” for Cakehead and the latter is a side of the business which continues to grow as employees return to offices.

NPD is firmly at the centre of the 35-strong Cakehead range for independent businesses, with standout products including lemon polenta cake and a raspberry & almond bake, according to Helen.

“We pride ourselves on using really great ingredients,” she adds. “We squeeze all the lemons and oranges ourselves, the eggs come from a UK-only sourced free-range supplier and we’re using Belgian chocolate and UK butter.

“We make all the caramel and hand-paddle the chocolate on top to give it an artisanal look.” 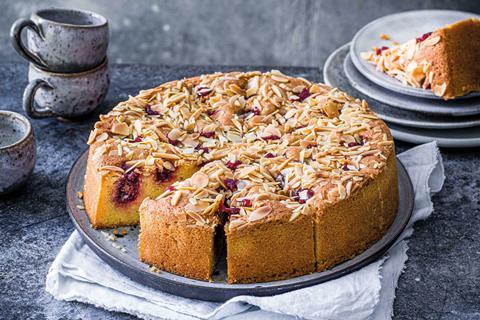 Behind the products, which are supplied pre-portioned and in boxes featuring colourful designs known as ‘baker maker marks’, is a team of six development chefs.

Business owners order via the Cakehead website with the products shipped out the next day.

“This has lots of benefits for smaller businesses,” notes Helen, “because they’re not holding lots of stock and can react quickly to demand. We’re cutting out the middle-man so hopefully they get a better and more competitive price, which is super important in this particular period.”

It also means Cakehead gets valuable direct feedback from the small businesses utilising its services.

“We want to be number one in terms of supplying the independent coffee shops,” Helen adds. “It’s early days as we’ve only been doing this for four months but hopefully it will continue to grow.”