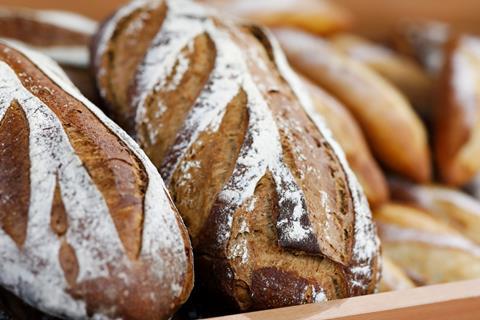 The Real Bread Campaign is urging bakers to write to their local MP in a bid to urge the Department for Environment, Food & Rural Affairs (Defra) to widen the scope of its review of the Bread and Flour Regulations 1998.

The organisation wants to see its Honest Crust Act proposals – which prioritise loaf labelling and marketing regulation – considered within the review.

Bakery owners and workers have also been invited to sign a joint letter to the Secretary of State for Environment and Rural Affairs, with the Real Bread Campaign stating that Defra would “not commit to including issues of fundamental importance in the imminent public consultation” and has refused to meet with the organisation “until after it”.

In the letter, the Real Bread Campaign describes Defra’s current review of the Bread and Flour Regulations as a “once-in-a-generation opportunity” to help level the playing field for small, independent bakery businesses by better protecting them from being undercut by manufacturers and retailers with huge advertising budgets using marketing terms inappropriately.

However, it also states that the Bread and Flour Regulations and other applicable legislation falls short in protecting the ability of small, independent bakeries to compete on fair terms.

“Having not allowed adequate discussion of the Real Bread Campaign’s Honest Crust Act proposals in Bread and Flour Technical Working Group meetings, Defra will now not commit to including these issues of fundamental importance in the imminent public consultation,” the letter states.

The Real Bread Campaign sets out a number of concerns, including the fact that baked products could be made miles away and even overseas, then baked again at supermarkets, petrol stations and elsewhere with “nothing to stop retailers from marketing them as ‘freshly baked’, ‘baked here today’ or similar, in direct competition with small bakeries that make or bake bread from scratch and sell it straight away”.

The letter also makes reference to a “growing body of evidence” of a range of health benefits associated with the consumption of bread made using the long-fermentation sourdough process, but adds there is “nothing stopping manufacturers from using the word sourdough to name and market fundamentally different products made by fundamentally different processes (which the Campaign calls sourfaux) that greatly reduce, or eliminate, the necessary lactic acid bacterial fermentation”.

“We believe that people spending their hard-earned cash have the right to know what they’re buying and that small bakery owners deserve to be able to compete on fair terms,” Real Bread Campaign coordinator Chris Young, said.

The letter, which is accessible via the Real Bread Campaign website, concludes with a request for the highlighted issues to be included in the public consultation.