One year on: Village Bakery after the devastating fire 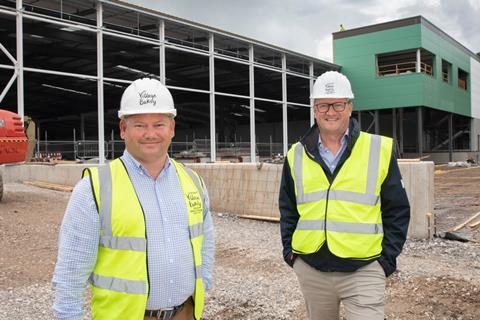 The alarm was raised at 8.41am, and within hours managing director Robin Jones knew the bakery was beyond saving.

“The fire service responded quickly and were fantastic but after two hours we knew we had lost the bakery because the flames were so fierce,” he said this week, adding that his daughter was working in the bakery at the time of the fire.

“Thank God no one was hurt, that was the most important thing of all. Everybody followed our well-drilled evacuation procedures and got out safely.”

By lunchtime, the business had switched to recovery mode and was exploring how production could be rearranged production by using the firm’s other bakeries to maintain supplies.

Incredibly, it had moved bread roll production to its bakery in nearby Minera by 3pm and delivered in full to customers the next day.

“Our bakery managers, Tom Breeze, Rob Glover and Ashley Dawson and their teams rose heroically to the challenge,” said Jones. “They must have been running on empty but they delivered in spades.”

Attention quickly fell to rebuilding on the site, and the business is replacing the destroyed factory with a 140,000 sq ft bakery in Ash Road that is more than three times the size of the one it is replacing.

The shell of the building is already complete, and the production area is being handed over to the bakery at the end of next month. An office block, a Baking Academy for training, and a product development kitchen twice the size of the original will be handed over in mid-January next year.

Fitting out and installing the equipment will get under way after that, with the business planning to be in full production next summer.

“In a situation like this, you have to look at the positives so we have learned lessons in terms of making the layout even better and the equipment we’re bringing in will be state-of-the-art,” explains Robin’s brother Christien, who is the firm’s projects director and has overseen the rebuild.

Since the fire the business has also increased its workforce by 50 and continued with a pipeline of new product development including its first bagel range.

Artist’s impression of the new factory