Bakeries team up with well-known brands on NPD 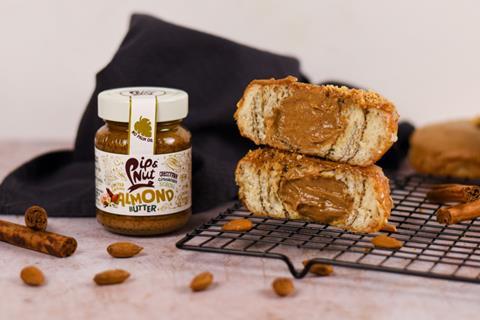 From savoury pastries to sweet doughnuts and indulgent chocolate cakes, new products are hitting the market.

Here, we take a look at some of the latest collaborations: 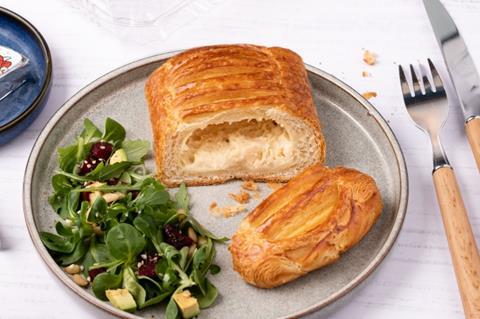 Bridor and The Laughing Cow

Designed to cater to both the snacking and lunch markets with an on-the-go format, the ready-to-bake savoury pastry is made with Bridor’s pure butter croissant dough and filled with The Laughing Cow cheese.

The product branding has been designed specifically to improve shelf appeal, Bridor said. Packaged in The Laughing Cow brand colours to increase visibility, and in practical greaseproof paper, the new Cheese Lattice is suited to different moments of consumption throughout the day.

“Snacking is becoming more widespread for consumers worldwide, so we are pleased to have launched a product with The Laughing Cow that caters towards this trend,” said Erwan Inizan, UK sales director at Bridor. 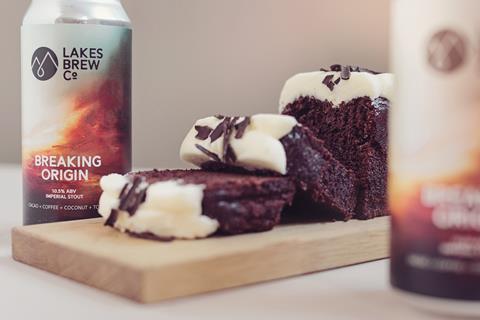 The cakes have been crafted by the bakery’s resident cake development team who have spent weeks baking and refining the recipe to create a ‘showstopping cake’, according to the firm. Made with Lakes Brew Co Breaking Origin Imperial Stout, the dark chocolate sponge is complemented by the stout’s underlying flavour profile of coffee, tonka bean and cocoa, and is topped off with a layer of cream cheese icing.

The collaboration has been further cemented by the label artwork they have both chosen to use on their respective products, with both featuring a piece of work called Langdale Dawn, created by acclaimed Cumbria based artist, Paul Bennett.

To celebrate the launch Crosstown and Pip & Nut will be handing out 800 free doughnuts and almond butter jars. The first 200 people to visit each of Crosstown’s Soho, Shoreditch, Victoria and Cambridge stores from 12pm on 30 March will each receive a Crosstown Almond Butter Cinnamon Scroll Doughnut and jar of Pip & Nut’s Cinnamon Scroll Almond Butter. 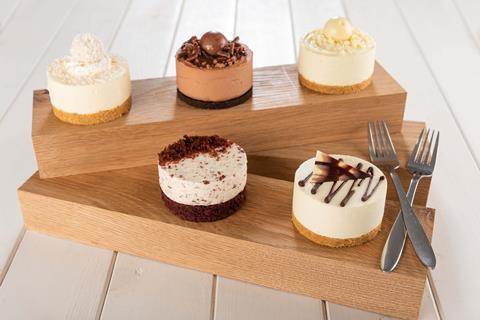 The five new additions will be widely available to the farm shop, deli and hospitality markets and come in response to an increasing demand for the firm’s existing range of luxury cheesecakes which include Lotus cheesecake, Ferrero Rocher Cheesecake, and Oreo Cheesecake.

The new line-up, which is the first to be launched after the acquisition of Regal Food Products Group, comprises: