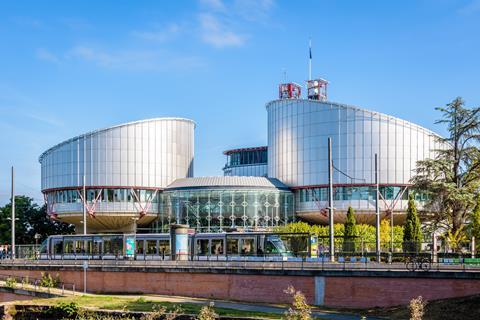 A gay rights activist has lost a seven-year discrimination case over a cake order with a Belfast bakery after the European Court of Human Rights (ECHR) ruled his case as inadmissible.

He paid in advance but was called by the bakery soon after to say it would not fulfil his order because of the owners’ Christian beliefs. Lee was refunded.

The ruling on the application, which was lodged with the ECHR on 3 April 2019, stated that Lee had “failed to exhaust domestic remedies” and as such was inadmissible.

The long-running case, which has been dubbed the ‘gay cake’ saga, has been back and forth with rulings in favour of both parties over the years. The county court first found that the failure to fulfil the order had been direct discrimination on the grounds of the applicant’s sexual orientation and his religious beliefs or political opinions which breached the Fair Employment and Treatment (Northern Ireland) Order 1998 and the Equality Act (Sexual Orientation) Regulations (Northern Ireland) 2006.

This decision was upheld by the Court of Appeal which noted that bakers were not allowed to provide a service only to people who agreed with their religious beliefs.

However, this was overturned by the Supreme Court which found that the bakery owners had not refused to serve Lee because he was gay, but rather because they objected to being required to promote a message that they profoundly disagreed with.

Lee said he had “very much hoped for a different outcome”. “I am most frustrated that the core issues did not get fairly analysed and adjudicated upon because of a technicality. None of us should be expected to have to figure out the beliefs of a company’s owners before going into their shop or paying for their services.”

Ciaran Moynagh of Phoenix Law, which represented Mr Lee, said “we will now consider whether a fresh domestic case is progressed”.