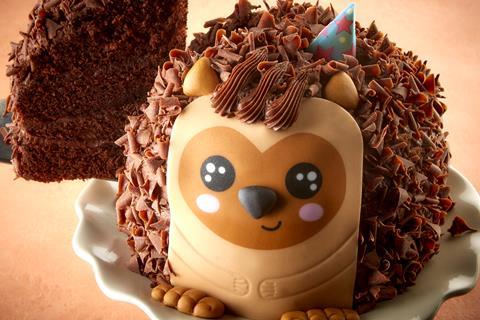 Cake maker BBF is working with major supermarkets to reduce the plastic used in its packaging by over 22 tonnes annually.

The manufacturer has also committed to cease the use of black plastic, which is harder to recycle, and offer plastic-free alternatives for packaging where possible.

The pledges are the latest in a line of environmental initiatives from BBF, which produces more than 600 million cakes annually for retailers in the UK, Europe and Australia.

Since 2017 the company has been fulfilling a zero waste to landfill commitment, while also reducing electricity and gas usage by 8.5% and 4.5%, respectively.

The ambient cake and dessert specialist has also made various investments towards reducing food waste, including training for employees. As a member of the Waste and Resources Action Programme (WRAP), BBF has pledged to reduce food waste and surplus by 15% within 12 months – a commitment the company claims to have already surpassed.

“Reducing our footprint on the environment is a huge priority for us here at BBF, which is why we’ve implemented various different initiatives to ensure sustainability takes precedence across all areas of the business,” said Jonathan Lill, CEO of BBF.

“We’re continuously building on the infrastructure we already have in place to ensure we’re reducing our environmental footprint as much as possible and will continue to streamline the initiatives we have implemented to work towards the targets we have set to achieve over the next few years and beyond.”