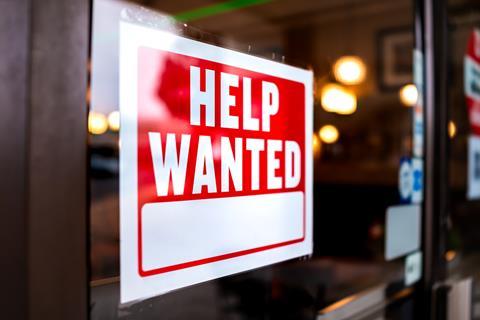 A workforce survey by trade association Scottish Bakers has revealed that 75% of its members have struggled to recruit for vacancies in their businesses.

Lack of experience and poor motivation/attitude of applicants were cited as the most common reasons by firms trying to fill roles followed by lack of skills. The number of applicants was also an issue.

The research, according to the trade body, highlights that the skill shortage in bakery is real. It added that without a continued focus on upskilling existing staff and a concerted effort to bring in and train up new talent to secure the future of this skilled role, the sector could be at threat.

However, just 12% of those challenged by recruitment said it was a result of lack of qualifications which Scottish Bakers said suggests the sector is happy to train motivated candidates.

“The results showed a sector that has worked hard through the last 18 months showing grit and determination. A sector that has weathered the storm, building back better, ready for growth and is now looking to invest in its existing people and indeed bring new talent in, but the applicants simply aren’t there,” said Scottish Bakers CEO Alasdair Smith.

“Driver shortages have been hitting the headlines but the food sector, in particular our own sector, is also feeling the pinch. We need government to focus its efforts on investing in and promoting the value of apprenticeships as a positive career path so the bakers of the future see this route to success clearly and feel confident to join our sector and reap the rewards.”

Scott Anderson who is training and quality manager at National Food & Drink Training – the training arm of Scottish Bakers – said that attracting talent is an issue across the UK.

“We need an education system that incorporates food and drink as a career choice into the psyche of school kids from an early age and this must be followed through at all stages of their education,” he said. “Interventions by trade bodies and local business can help nurture new talent. But changing the teaching syllabus to incorporate aspects of food and drink manufacturing, along with work experience programmes to encourage youngsters to come and see the sector, could have a huge impact.”