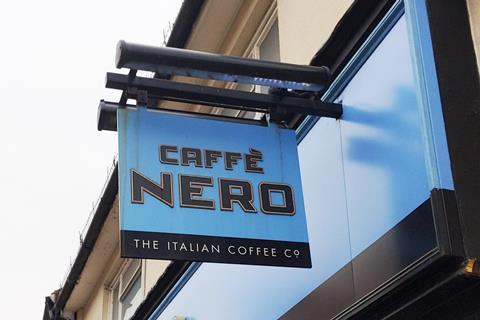 The Nero Group has reached an agreement to acquire S.A. Brain’s remaining 33% stake in Coffee#1.

The Group and one of its shareholders originally bought 67% of Coffee#1, which operates across Wales, the Midlands and southern England, in 2019 from brewery and hospitality company S.A. Brain.

Since then, The Nero Group has grown the concept, which sells hot beverages as well as a range of baked goods including baps, toasties, paninis, pastries, tarts, wraps and cakes, from 92 stores to 102 today.

Nero said Coffee#1 has proven to be a robust business, which had quickly rebounded from the pandemic following the removal of restrictions – averaging 104% of pre-pandemic sales over the last four months.

It also confirmed Coffee#1 would continue to operate as a standalone brand alongside its other brands: Caffè Nero, Harris+Hoole and Aroma.

“We’ve been delighted with the performance of the Coffee#1 business since it joined our Group in 2019,” Gerry Ford, founder and group CEO of The Nero Group, said.

“It is a fantastic brand with an emphasis on great coffee and service combined with a local community-based feel, which matches perfectly with the ethos of The Nero Group.

“As we emerge from the pandemic, our intention is to return to growing stores in our Group and investing in growth opportunities. Coffee#1 is very much part of that thinking. Acquiring Brain’s remaining position is the first step of this post-refinancing growth phase.”

Caffè Nero is the largest independent coffee house group in Europe, operating over 1,000 stores across 10 countries. There are more than 650 Caffè Nero stores across the UK.

The acquisition is part of The Nero Group’s strategy of pushing ahead with its growth ambitions. The growth plans have also been aided by the recent refinancing process which saw the business enter into a new agreement with Carlyle, HSBC and Santander.