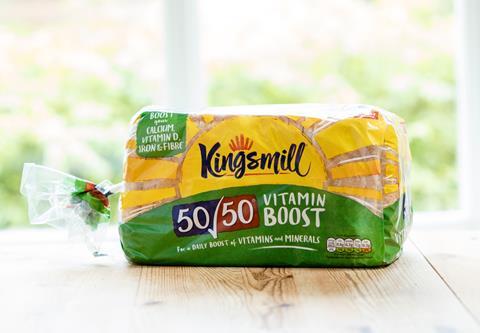 A cost reduction programme will be implemented at Allied Bakeries this year to ‘mitigate the contribution loss’ following its decision to exit the Co-op contract in 2020.

However, owner Associated British Foods said in its pre-close period trading update published today (25 February) that revenue at the business, which produces Kingsmill and Allinson’s brands, will be in line with last year.

In July 2020 Allied announced it was to stop supplying Co-op with branded and private-label bread after failing to agree commercial terms with the retailer. The news came 15 months after it revealed it had lost a contract to supply Tesco with private-label bread, resulting in a £65m write-down.

The business has already delivered ‘substantial’ cost reductions, as noted in its annual results.

Allied Bakeries is part of ABF’s grocery division. Revenue for this division in the first half of the year is expected to be 7% ahead of last year at both actual and constant currency. Operating profit is also expected to be ahead.

Sugar brand Silver Spoon and snacking brand Ryvita were among ABF’s businesses to deliver growth as they benefited from ‘significant increases in consumer demand’ through the retail channel.

The ingredients side of the business, which includes AB Mauri and ABF Ingredients, is also performing well with margin ‘significantly ahead’.

“AB Mauri benefited from increased demand for retail yeast and retail bakery ingredients as the restrictions to contain the spread of COVID-19 continued to support the popularity of home baking. This has contributed to revenue increases in the retail channel particularly in the Americas, Europe, China, and parts of Asia,” ABF stated in its report.