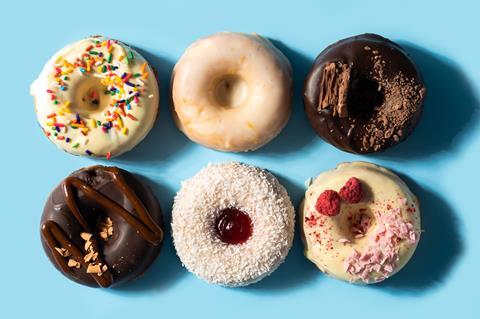 Doughnut Time is set to roll out a 10-strong selection of gluten-free baked doughnuts playfully named after famous faces.

The doughnuts, which include white chocolate & raspberry and chocolate, caramel & fudge ones (see full list below), are made from Doves Farm rice, potato and gluten-free flours. 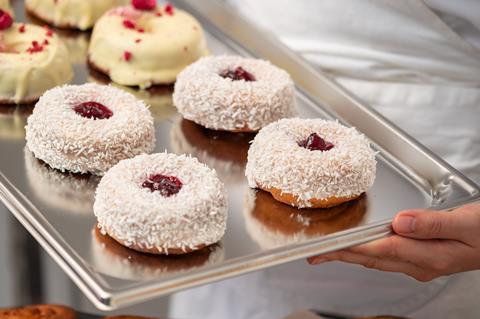 The Glen Coco doughnut in the gluten-free production kitchen

They’re made in Doughnut Time’s ‘Baked’ kitchen which is separate to its main bakery and was opened earlier this year. The move was described as a ‘significant investment’ for the business but one which it had been planning for over two years. All the equipment in the gluten-free production unit is brand-new, it added, with ‘strict procedures’ in place to ensure no cross contamination. The range is also currently in the process of becoming Coeliac UK-certified, the brand said.

The gluten-free doughnuts can be pre-ordered online from 27 May with plans to launch them in its network of 13 stores over the next couple of months where they will be sold in sealed, boxed formats sent straight from the bakery to its shops.

“Doughnuts are a bakery product that many people on a gluten-free diet still have to go without,” said Lara Thompson, head of product development.

“Our focus was to create a gluten-free collection that doesn’t skimp on the good stuff – flavoursome, spongey and indulgent baked doughnuts. We found that by mixing our favourite flavours into the dough we could ensure each bite is moist and moreish.” 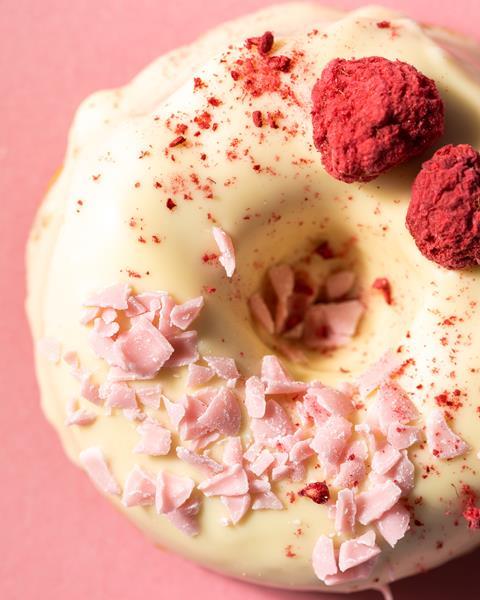