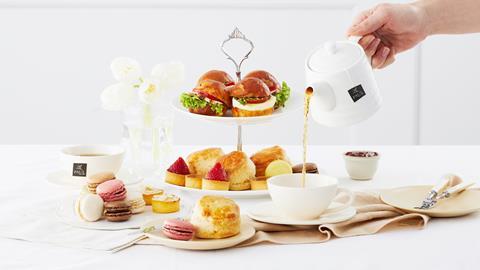 When Mark Hilton took up the position of CEO for Paul UK in the summer of 2019, he had a clear idea of where his priorities lay for the business.

Little did he – or anyone else – know that a global pandemic would interrupt those plans in a matter of months. 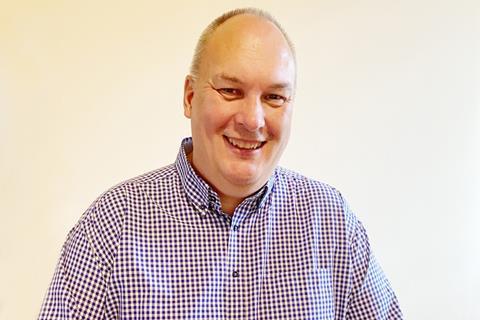 Hilton, with 30-odd years’ experience in the food and hospitality trade, was well acquainted with the French bakery and café chain when he took control of the UK operation; Paul was one of the franchise businesses he was involved in during a nine-year spell working in Romania, along with the likes of KFC, Pizza Hut and Cinnabon.

Upon hearing of his return to the UK, the company contacted Hilton to sound him out about the opportunity to take the reins. “I was very pleased to be able to say yes,” he recalls. “I think the business and the brand are fantastic.”

That’s not to say the new CEO had a rose-tinted view of the operation. “The perception was that we were an expensive brand,” he explains.

“The truth of the matter is that from a value-for-money perspective we’re very good, but our price points for some products may be higher than some of the competition. I’d argue that’s more than offset by our quality, but the challenge was to widen the appeal.”

Expansion of the company’s customer base in terms of demographics was also high on the agenda. “We found we were not appealing to younger customers and millennials, and so we needed to become relevant to them as well.” 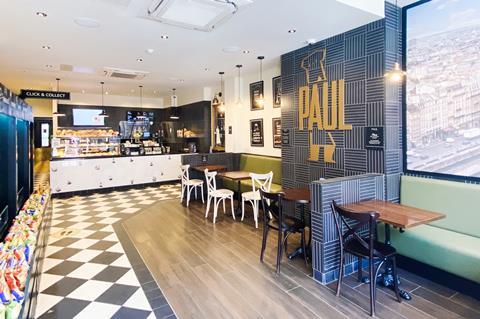 Hilton immediately set about addressing these primary challenges, focusing on concepts such as ‘grab and go’ and ‘sandwich of the day’. “We began bundling products much more than we had done previously – it was more of an a la carte menu before – so we made it more attractive and easier for consumers to access,” explains the CEO, who believes the changes led to “very encouraging growth” in the second half of 2019.

And then, the pandemic hit. “Like everyone, it affected us significantly,” Hilton says. While all of the Paul UK stores – 35 in the London area and two in Oxford – closed for two weeks when lockdown hit, the company kept its bakery in Acton, west London, operational.

“We continued to sell to some of our wholesale partners that were still open, and we set up a pop-up outside our Acton bakery so people could come and buy bread from us. After two weeks we opened four stores, and then every couple of weeks we continued to open up more.”

Hilton believes continuing to operate throughout the pandemic in this way was important because of the brand’s positioning as a neighbourhood bakery. “We were there to support our neighbourhoods and the communities that we operate in,” he says. 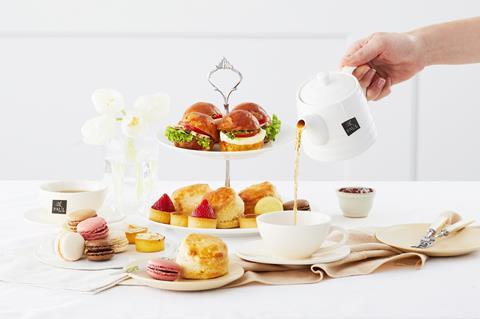 Christmas brought another shutdown but with the gradual lifting of restrictions, Paul UK has been able to welcome back seated customers in recent months and increase its product range once again.

“I think having come through this and emerging out the other side, we are a stronger organisation than we were when we went into the pandemic,” Hilton insists. “It was a huge learning curve for everybody. There was no blueprint and I had to rely on my gut instinct and experience.”

One of the ways the company was able to navigate the troubled waters of the pandemic was a “return to a start-up mentality”, the CEO observes. “We are fortunate in that we have an outstanding team of people in the business and everybody really worked together,” he adds.

Necessity, as they say, is the mother of invention, and the crisis mode triggered by Covid-19 has served to develop several aspects of the Paul UK business model that could prove invaluable going forward.

“Throughout the pandemic, we did a lot more work with digital platforms and that will continue to be at the forefront of our thinking,” Hilton explains. “We added delivery through aggregators at the beginning of 2020 and that has been critical for us over the last two years.

“It was important before, but it wasn’t a priority to same degree, and it will have a much higher prominence in our order thinking as we move forward. We see both digital and delivery as opportunities to continue to grow and leverage.” 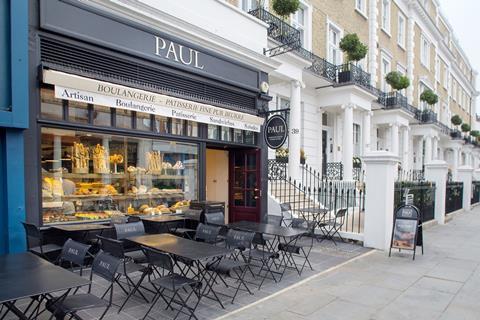 Franchise stores are another key aspect of Paul UK’s current strategy, with the company looking to expand its geographical footprint. “We’ve spent a lot of time searching for prospective partners outside of London and we have a number of very promising candidates in the pipeline,” Hilton reveals.

“We’re looking to sign those up in the coming months and see our first franchise stores in the UK open next year.”

With these plans, plus NPD in the pipeline set to expand the company’s vegan offering, for example, Hilton is glad to be focusing on the future. But he looks back on the last 18 months with “pride in getting through it”.

“It’s been very tiring and challenging for everybody and there’s an emotional relief that things are getting back to normal,” he says.

“But as we come out of it, there are opportunities to grow and continue to learn. And as any leader will tell you, it’s much more exciting leading a business that is growing.”