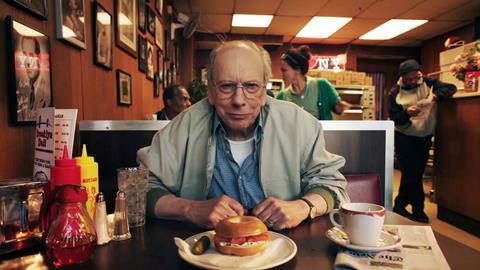 The multichannel campaign is described as ‘cinematic and playful’ as it aims to reinforce to UK consumers that New York and bagels are synonymous.

The bagel brand has created a new TV advert as part of the campaign which stars New Yorker George who is sat at a table in a deli in Brooklyn. For George, anything other than a New York style bagel is a “lousy imitation” and should not even be called a bagel. This is a life wisdom he shares with anyone who will listen which, in the case of the advert, turns out to be his toddler grandson as the protagonist states: “Kid, it’s New York or nothin’”.

Parallel to the TV ad, the campaign will be supported by a marketing push across print and social media as well as through activity with influencers.

“To make New York and authentic bagels truly synonymous, we needed somebody passionate about bagels in the heart of the city. That’s where George comes in. He is one of a kind, just like our bagels,” said Christina Honigfort, head of marketing at New York Bakery Co.

“By shining a light on George, we highlight just how proud New Yorkers are of their beloved bagels. They are sacred in New York. For the people that live there, and for our loyal bagel lovers here in the UK, it’s ‘New York or Nothin’.”