Percy Ingle confirms all sites to close by next March 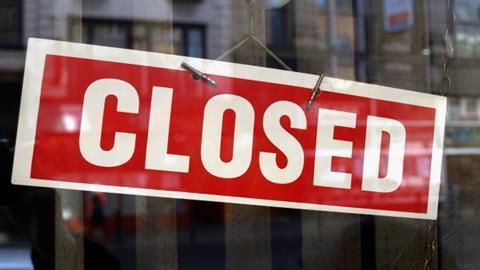 Percy Ingle Bakeries is to close its 48 sites in the East End of London and Essex by 31 March next year.

The 66-year-old business, which rebranded as Ingles last year, has confirmed earlier reports that it is to shut, stating substantial investment is required in its shops, main bakery and head office.

It pointed out that it has also faced dramatic increases in running costs including rents, rates, wages and utilities. The business had shut its stores in March, due to the coronavirus outbreak, but reopened them in May.

In its latest full-year financial statement filed at Companies House, for the year to 30 June 2018, the company reported turnover of £13.1m, up from £12.6m the previous year. It made a loss after tax of £165,000 compared to a £439,000 loss in 2017. The company attributed the loss to the “continued challenging trading environment”.

“With a market that is highly competitive, a product that is exceptionally labour-intensive to make and a consumer that is highly price-conscious, it is difficult to see that we would be getting any return on such an investment on top of the many millions of pounds that have already been invested in recent years,” the business said in a statement, issued today (25 June).

As a result, the company plans to to close the business on a shop by shop basis over the next year, with a proposed final trading date of 31 March 2021.

“We understand the decision to close is a substantial shock to our employees, many of whom have been with us for many years and, of course, we will help them through the closure process as much as we can.

“We would like to place on record our sincere thanks to all employees for their commitment and the dedication they have shown in the time they have been with the business.”

The company added it was proud of its history of traditional baking (see below).

“As a family business baking traditional products and serving London’s East End communities for over 65 years, we would hope that the company is remembered in high regard for years to come,” it stated.

Percy Ingle, the son of a baker, founded the business when he opened his first shop in Clarence Road, Hackney, in 1954.

By the 1990s, the portfolio had grown to more than 40 shops and, in 2000, Percy handed control of the business to his son Derek, an artisan baker who had worked in the bakery since he was a teenager.

Derek passed the company on to his own sons, Paul and Michael, with Paul running the bakery and Michael in charge of day-to-day operations at the shops.

Last year, the company marked its 65th anniversary by rebranding as Ingles. A key objective of the rebrand was to highlight the company’s heritage in traditional baking and its use of original recipes.

“Being a family-run business, we will always be protective of the legacy our grandfathers left us, but we also understand that times change and even a logo has a shelf life,” said Michael Ingle at the time.