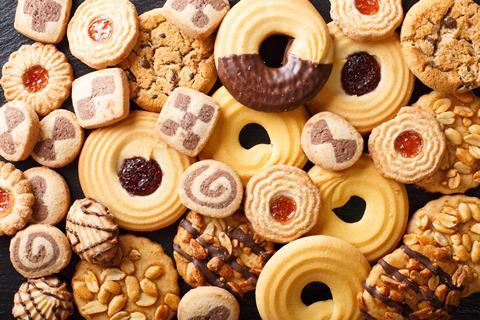 The Food and Drink Federation (FDF) says that it is pulling out all the stops to prepare a detailed response to the government’s consultation on banning advertising of unhealthy foods online, announced on 10 November.

No reply has yet been received to a cross-industry letter, which was sent to the Prime Minister on November 20, outlining the food and drink sector’s consternation at the unexpected launch and tight deadline on the highly technical and detailed consultation, an FDF spokesperson said today.

The Department of Health and Social Care and Department for Digital, Culture, Media & Sport consultation was launched in a bid to tackle the UK’s obesity crisis and get the nation fit and healthy.

The strongly-worded letter, co-signed by leading food and drink brands including pladis, Mondelez, and Unilever, the Craft Bakers Association and UK Hospitality, ISBA and the Advertising Association, called for an extension on the six-week deadline for responses.

The launch of the Introducing a total online advertising restriction for products high in fat, sugar and salt (HFSS) consultation caught the industry at its busiest time as it continues to manage supplies during the COVID-19 pandemic, with added pressure in planning for the end of the EU Brexit transition, and with the Christmas rush underway, it said.

The letter suggested: “the timing of this consultation is frankly astonishing, especially as the Government’s stated ambition is to introduce these proposed advertising restrictions at the end of 2022.”

With less than a month to go until the consultation is set to close, the many issues raised are being explored in depth, by companies including sports performance and active nutrition supplier Grenade.

The company, also a co-signatory to the FDF letter, is questioning the current Nutrient Profile Model (NPM) being used for the government calculations. Its bars score “less healthy” under the regime, as do traditional confectionery bars.

The NPM is 17 years old and has not been updated to accommodate new healthier snacking formulations, such as Grenade’s high protein, low sugar options, said Phil Greenhalgh, sales director.

“A total ban of online advertising is based on the need to regulate the marketing to kids of HFSS foods, but such a general measure will affect equally those companies that don’t market to adults only.”

Other shortcomings of the consultation are listed in the industry letter, for example that there is still no agreed definition of which foods the Government is including in the proposals. “They are so broad they even capture family favourites from chocolate to peanut butter to sausage rolls.”

The consultation also unexpectedly proposes advertising restrictions on product descriptions on producers’ own websites and social media channels, despite previous assurances that the Government had no interest in doing this.

Proposed restrictions disproportionately impact SMEs, who make up 96% of the industry. A local wedding cake business, for example, would not be able to share product details on its Instagram account to grow its sales.

There was no reason to demand submission responses with such haste, the FDF letter, from chief executive Ian Wright, concludes.