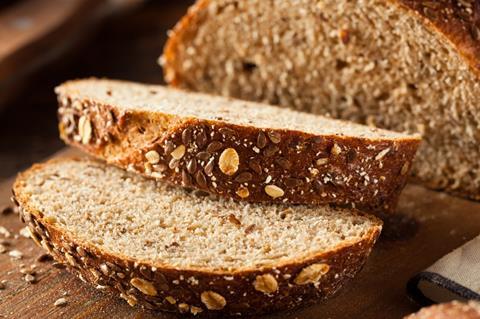 England’s programme for salt reduction in foods, including many baked goods, will have led to nearly 200,000 fewer adults developing heart disease by 2050, according to academic research.

The study by Queen Mary University of London said the health benefits could translate to healthcare cost savings of £1.64bn.

However, the researchers have warned that weakening of policy could endanger potential health gains as salt remains significantly higher than recommended levels and have called for the government to get tougher on salt content.

The Queen Mary University research, published in the journal Hypertension, found that the programme in England achieved an overall daily salt intake reduction of 1g per adult, from 9.38g a day in 2000 to 8.38g a day in 2018.

If 2018 salt intake levels are maintained, by 2050 the programme would have led to 83,140 fewer cases of premature ischemic heart disease and 110,730 fewer premature strokes, said the research.

However, the authors noted that while the salt reduction programme in England was highly successful until 2011 because of the government pressure on industry, this changed from 2011 to 2017 once it continued under the Department of Health as part of the Public Health Responsibility Deal.

According to the authors, few of the proposed actions were implemented under the Responsibility Deal, leading to the failure of the programme in achieving the National Institute for Health and Clinical Excellence’s recommended daily salt intake targets of 6g per adult by 2015.

“The stalling of salt reduction efforts in the past few years is now eating away at the potential population health gains and is costing our health service dearly,” said lead researcher Professor Borislava Mihaylova.

The authors have called for more stringent salt targets and stricter enforcement through legislation or financial penalties.

“It’s now time for Downing Street to take decisive measures in forcing the food industry to comply. If not, many more thousands of people will suffer unnecessary strokes and heart attacks,” said Graham MacGregor, professor of cardiovascular medicine at Queen Mary University and chairman of Action on Salt.

Gordon Polson, chief executive of the Federation of Bakers, has pointed out the challenges in reducing salt in bread and baked goods as it “plays such a critical role in dough formation and in other bakery products like crumpets”.

“It is recognised that any change that may diminish the flavour would be counterproductive to the objective of improving diets,” he told British Baker.

“As an essential ingredient in bread – both technically and in terms of flavour – there are still significant technical barriers that need to be overcome,” Polson added.