‘Most wholesale customers cancelled in a single night’ 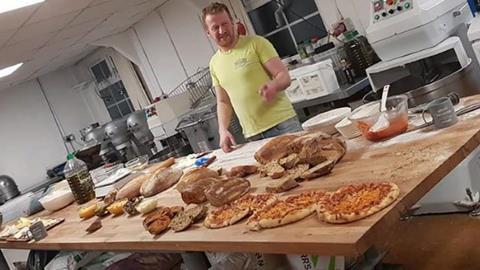 Before the coronavirus outbreak and social distancing measures, almost half of Seasons Bakery’s turnover was wholesale supply to local businesses, such as pubs and restaurants.

“Most of our wholesale customers cancelled on the night of the government announcement,” said owner Dan Nemeth.

“But that night we decided we were going to go for it and we adapted and we have kept on adapting. Now we’ve created employment, which was never intended, and we’re probably going to have to employ more.”

Seasons has been operating a delivery service, using vans that would have supplied to wholesale customers to deliver to homes within a 40-mile radius of the business.

Thanks to a long relationship with wholesaler McClures – which Seasons supplies with frozen bread – Nemeth has been able to source milk, fruit, vegetables and other products.

The service started with milk, that Seasons sold virtually at cost, and the offer of milk got customers interested in buying other goods.

“We try to get anything else customers need, like pasta and toilet roll,” said Nemeth. “People don’t want to go to the supermarket, so they’re using their local shops.”

“We have been delivering to little old men and ladies who haven’t seen the light of day for weeks now.”

And the response from the appreciative local community has been fantastic, he adds.

“We’ve had so many messages on social media thanking us, and hampers, and the local microbrewery just sent us 40 bottles of beer to say thanks.” (See picture below)

Two weeks ago, Nemeth didn’t know if staff would have a job. Now he has taken on four people to help with making up orders for delivery, with the business sending out as many as 120 in a day.

The popularity of the service means the business is now baking more bread than ever before, with the number of sourdough loaves at twice the normal level and production of some other loaves up fivefold.

Not surprisingly, Nemeth intends to continue the delivery service beyond the coronavirus crisis

“It probably wouldn’t be feasible if it was just bread, but we will carry on selling fruit, veg and milk.”