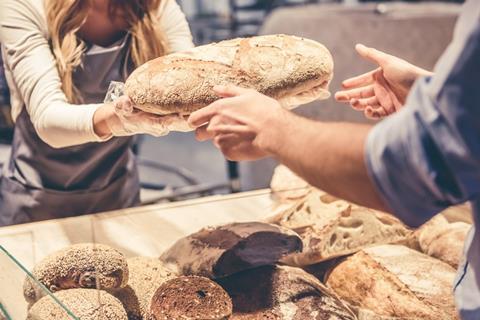 Nearly a third of Craft Bakers Association (CBA) members have reported an increase in bread sales over the last 12 months, according to figures from the trade body.

The CBA’s member survey revealed a rise in sales of all types of breads over the last year for 31% of respondents. Two thirds (66%) of the craft bakers said white bread accounted for the highest percentage of sales. However, almost a third (30%) reported seeing a growth in sales of ‘healthy’ bread in the last 12 months.

The survey also suggests speciality breads are growing in popularity, with 71% of respondents stating they already offer varieties such as sourdough and multi-seed loaves and a further 34% expressing plans to introduce them this year. Because of difficulties such as the avoidance of cross-contamination, gluten-free breads are not offered by the majority of the survey’s respondents.

“It’s great to see such positive results in general for all bakery, along with a growth in interest in speciality breads. This is very much an ongoing trend and which we expect to see continue for months to come,” said Karen Dear, CBA director of operations.

With one in three bakers reporting a 20% increase in bread bought over the weekend, the CBA believes many shoppers view freshly baked loaves as a special treat to be enjoyed during free time.