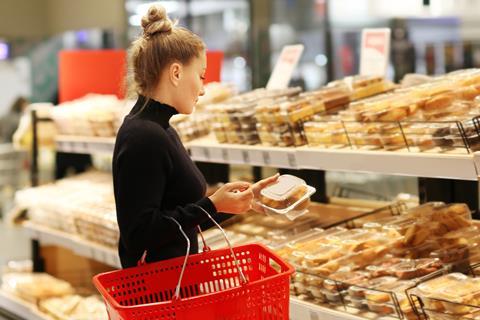 The GCA annual survey opened this year on 17 January and represents the ninth time suppliers have been given the opportunity to tell the adjudicator about their dealings with the UK’s 13 biggest retailers to ensure compliance with the code.

Responses to the survey, which is carried out for the GCA by independent polling company YouGov, are also used to identify areas where the adjudicator can press for improvements and highlight good practice.

The latest survey is the second carried out by White after he took over the role of GCA from Christine Tacon in 2020.

“I cannot overemphasise how valuable I found the results from my first which was completed by a record number of suppliers,” he said.

“The responses helped me progress discussions with the senior leadership of the retailers and their code compliance officers about issues such as delisting, forecasting and suppliers’ concerns about the increasing numbers of inexperienced buyers they are encountering.”

White added that he has been pressing the retailers to ensure they have appropriate training and support in place to help new buyers build “strong and effective relationships” with suppliers in order to give them a “deeper understanding” of the businesses they are working with.

While the 2022 survey largely mirrors previous versions, it has been updated to include topical questions relating to supplier requests for cost price increases and how the regulated retailers react to mentions of the code. Suppliers are also given the opportunity to give positive feedback on retailer behaviour.

The survey, which can be accessed here, closes on Sunday 27 February and the results will be announced in the GCA newsletter and on the GCA website in late spring 2022. The information given will be used for benchmarking and ranking retailer compliance with the code.

Following last year’s survey, YouGov has been commissioned to conduct follow-up interviews with a select group of respondents to explore supplier concerns in more depth, the GCA revealed.

“In 2021 I had a tremendous response to my call for feedback,” White said. “I do urge suppliers to continue their valuable support for the GCA survey. Their views are very important and will help to secure continued improved performance from the retailers.

“Supplier responses are particularly valuable at this time as the sector is experiencing such fast-paced change and the information they contain can give me early intelligence of any major issues emerging,” White added.