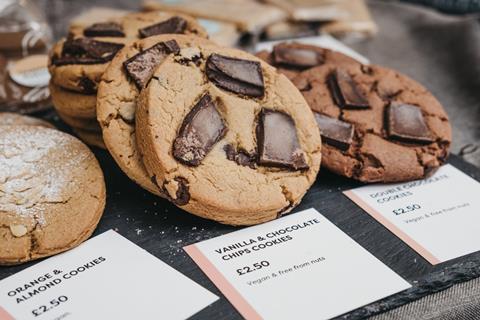 Inflation will lead to price rises well into 2023 but it can also provide opportunities for food businesses, according to Ananda Roy of market analyst IRI.

Rising energy and ingredients prices are inevitably leading to bakery operators passing on increasing running costs to consumers. However, according to Roy, senior vice president – strategic growth insights at IRI, the current situation for shoppers could be the tip of the iceberg.

“If you look at the commercial reality, products currently on the shelf are from orders of stock at the old prices, so what that implies is that any price increases can sometimes take as much as six months before consumers see increases on the shelf,” Roy explained during an IRI webinar titled ‘Beyond the Headlines: A different mindset for a different inflation’.

Rather than a temporary blip, the current inflationary environment will “stick”, said Roy, because many of the contributory factors are unlikely to abate in the next nine to 12 months. However, the analyst pointed out that consumers don’t tend to react quickly to marginal prices increases. “So, for example, if a slab of butter, usually around £1 in the UK, goes up by 10p, most consumers wouldn’t notice, but that’s 10% inflation.”

According to Roy, there’s a “demand lag” whereby it takes three to six months before price increases materially change the way shoppers buy and consume products. This, he explained, is why retailers are not necessarily seeing value contraction despite pessimism regarding the economic situation in the media.

“Demand lag explains why most consumers don’t necessarily see or understand how their disposable income is forecast to shrink significantly over the course of 2022.”

Predictably, once price increases are noticed, consumers respond by spending less, or ‘downtrading’. However, research has revealed specific ways in which shopping habits change in response to price rises. Some of these changing habits present opportunities to bakery businesses looking to maximise sales in the inflationary environment.

“When we think about inflation and shopper behaviour, downtrading is an oversimplification,” Roy explained. “Of course, consumers downtrade but there are various other things that need to be taken into account.”

According to Roy, while mid to high income consumers downtrade, their attitudes are focused on smart deals and they are happy to ‘premiumise’ where they consider it justified. This is often when the product is about home indulgence or self-care, such as functional food and drink or local artisanal brands. They also make impulse buys, but these tend to be based on quality rather than making compromises on indulgence.

Product comparison by consumers also becomes more heightened in the face of price rises, as shoppers look for added benefits in their purchases. Alternative channels, such as online, are relied on more heavily as they make comparison easier across a number of product elements.

In younger cohorts, Fairtrade, sustainability and recycling credentials play their part. “Just because there’s an inflationary environment doesn’t mean they are willing to trade off some of these equity elements,” Roy said.

Another trend in response to rising prices among mid to high income consumers is to turn to trusted local brands, including for online purchases. According to Roy, this gives them “the sense of contributing to the local economy, and it is definitely one to watch”.

Changing shopping habits in an inflationary environment also involve the place of consumption. With the pandemic dictating consumer patterns that devalue the out-of-home market, price rises could further feed into this ‘new normal’ with the continued increase of home consumption.

This could represent both a challenge and opportunity for the bakery market, however. “Changing the place of consumption is not only about convenient format or versatility around packet portions. It’s also about the product experience and innovations around that experience,” Roy said.