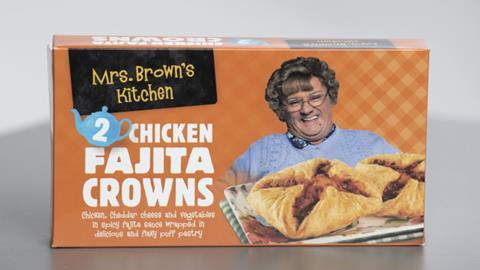 The brand is kicking things off with two puff pastry crowns:

The recipes were developed by chef Aly Mahmoud who starred in the spin-off TV show All Round to Mrs Brown’s, but has also spent many years working as a professional chef.

Based in Ireland, Golden Bake supplies the foodservice industry and retailers, including Tesco, Iceland, Lidl and Aldi, with a range of pastries.