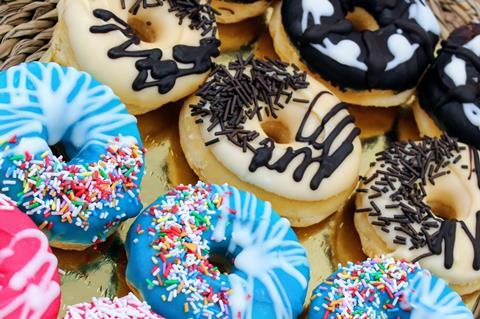 Restrictions on store promotions for foods high in fat, sugar and salt (HFSS) will deter only 12% of shopper from buying affected items, according to new research.

The government recently signalled its intent on pressing ahead with the new rules – which impact both location and volume of promotions – due to come into force from 1 October, despite hopes within the food and retail industry that implementation would be delayed.

However, in a survey of consumers by Lumina Intelligence, just 12% of respondents indicated that they would not purchase HFSS products if they were not on promotion. More than half (57%) said they would continue to purchase HFSS items, while 27% neither agreed nor disagreed and 3% didn’t know.

When asked if they believed HFSS legislation will help fight unhealthy eating, 41% of respondents agreed, 30% disagreed, 25% neither agreed nor disagreed and 3% didn’t know.

“HFSS regulations continue to divide both consumers and businesses,” said Blonnie Whist, insight director at Lumina Intelligence. “Whilst most think that action is necessary, many believe that the current legislation will be ineffective.

“Just four-in-ten consumers believe the legislation will be effective in tackling unhealthy eating. This is evident with the majority of consumers indicating that they will continue to purchase HFSS products despite restricted promotions,” Whist added.

According to Lumina research, 46% of HFSS products purchased in convenience are picked up from locations set to be restricted under the forthcoming restrictions. These are display on the end of an aisle (23%), display at the front of the store (11%), display at the till (9%), and display within the queue system (3%).

For impacted stores, increasing non-volume offers and introducing new promotional deals will be essential, according to Lumina, as 32% of HFSS category purchases in convenience are made on multibuy (20%), buy-on-get-one-free (11%) and bundle deals (1%) that will be restricted under the new rules.

“Although consumer appetite for HFSS products remains, retailers are going to have to think hard about merchandising and promotions,” Whist said.