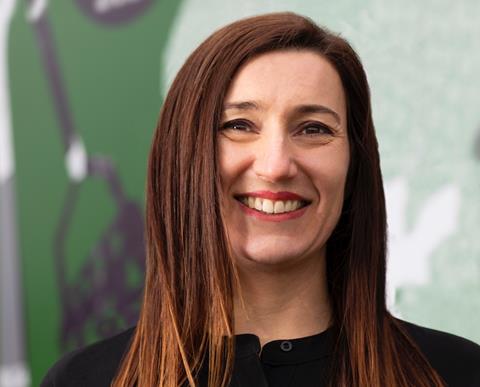 Kelley (pictured) will take the reins from March as current CEO Mark Campbell steps up to chair the board.

Co-founder James Footit will step back from his day-to-day responsibilities but will retain a position on the board, Higgidy said. Founder Camilla Stephens will continue in her role supporting the executive leadership team with the development of the Higgidy brand food offer, which currently comprises 58 products.

In her new role, she will be focussing on implementing Higgidy’s three-year strategy to ‘propel the brand into its next chapter of growth’, following 28.5% growth in the last year.

“With such a strong team and brand positioning, delivering market-leading growth off a really strong operational base, it feels the right time to transition the day-to-day leadership of the business,” said Campbell. “We’ve never felt more confident about the future potential of the business and we’ve no doubt that Rachel will bring fresh experience and expertise, while her personal style and character clearly resonates with our Higgidy values.”

Kelley added: “The Higgidy team have laid down such strong foundations and I’m really excited to be coming in to lead such a special brand and team into this next important phase.”

The move comes after Samworth Brothers, which owns Ginsters, increased its stake in Higgidy to become a major shareholder.

“We’ve always been focussed on the long-term success of the business and the involvement of Samworth Brothers has been a great boost to that,” added Stephens.

Higgidy was founded in 2008 and has subsequently grown to be a £42m brand with a range of premium quiches, tortillas and sausage rolls which are mostly produced in its Shoreham-by-Sea site in West Sussex. Vegetarian lines make up 70% of Higgidy’s sales.