Strong first quarter for Premier Foods with sales up 6% 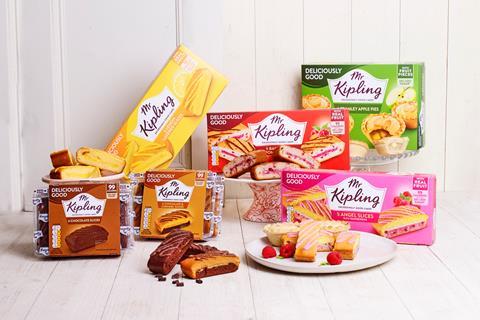 Premier Foods’ sales were up 6% in the first quarter of 2022/23 compared with the same period for the previous financial year, reaching £197m.

The healthier range of non-HFSS Mr Kipling Deliciously Good cakes were launched during the period and were ‘very well received by consumers’, Premier said. Non-branded sales growth was due to contract gains in pies and tarts, as well as pricing benefits, the company added.

“We’ve made a strong start to this financial year, growing sales by 6% in the quarter and again increasing market share both instore and online, as we continue to apply the elements of our branded growth model,” said Alex Whitehouse, chief executive officer for Premier Foods.

“Our recently launched new products include a healthier range of Mr Kipling Deliciously Good cakes… while Mr Kipling benefited from a new TV advertising campaign in the quarter, Whitehouse added.

The CEO also highlighted that the food industry giant had “made good progress” in recovering input cost inflation through a range of measures including cost efficiencies and pricing, and that it was continuing to monitor the situation closely.

Overseas business continued its ‘positive momentum’ during the quarter, according to Premier, with sales up 12% compared to the previous year. In Australia, Mr Kipling recorded its highest ever market share.

The group said its expectations for FY22/23 remain unchanged in the medium term and it expects to realise further shareholder value through the ongoing delivery of its growth strategy.