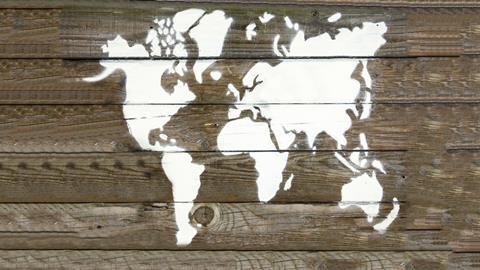 A world of difference: bread from around the globe

Britain is the birthplace of some of the best bread in the world, but the nation’s love of the loaf isn’t restricted to fare from these shores alone.

The category’s enduring appeal is partly due to the willingness of UK bakers and consumers to embrace breads from around the world and place them prominently on the national menu.

There are many examples. “Go into any new bakery these days and you’ll find they’ve been inspired by continental bakeries, with baguettes and ciabatta being really popular, along with Scandinavian breads such as Danish or seeded,” says Emmanuel Hadjiandreou, master baker and tutor at The School of Artisan Food in Nottinghamshire.

The global choice is almost endless. “Bread is, and has always been, a staple food worldwide,” says Hadjiandreou’s colleague David Carter, a baking and patisserie tutor. “Pizza, focaccia and ciabatta are associated with Italy and have become firm favourites in the UK. Think of France and baguettes, croissants and brioche fall immediately to mind.”

So, with seemingly no limits to domestic consumers’ appetite for international bread, which have potential to break into the mainstream? Here we put the spotlight on a few candidates. 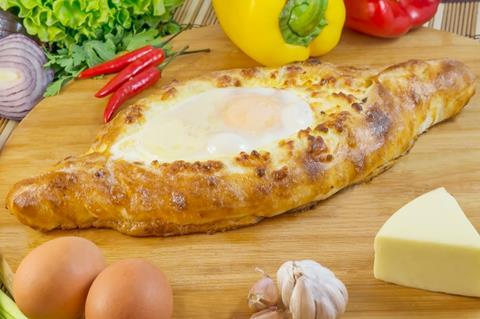 This boat-shaped bread originates from Adjara (the name means Adjarulian cheese bread) on the Black Sea – which accounts for the nautical theme. Legend has it the egg in the middle represents the sun, which sailors would use to navigate. It uses a yeasted dough moulded into the distinctive shape, which allows for the texture contrast of the tender interior and crisp exterior. Traditionally, Georgian Sulgani cheese is added to the mix but alternatives such as mozzarella are also used.

Tiko Tusksdze of the Little Georgia restaurant, which has branches in Islington and Hackney, says the bread is very popular with customers. “The bread absorbs the creamy cheese and egg topping, making for a mouth-watering experience,” she explains.

“Adjaruli is a popular sharing dish – but it is a substantial meal by itself. Many customers prefer to consume an entire Adjaruli by themselves,” Tusksdze adds. She believes it has great potential as a food-to-go item, providing it can be freshly made. Little Georgia bakes the bread to order, which takes about 10 minutes. 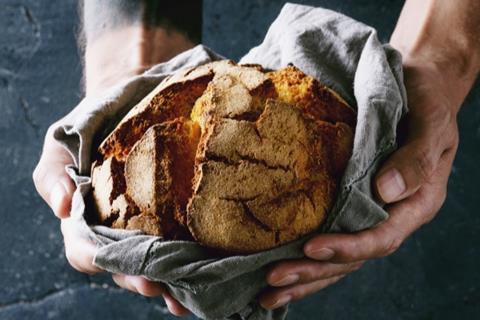 Broa de Milho – ‘corn bread’ – is a Portuguese loaf, round and slightly flattened with a crackled crust. It’s traditionally made with maize (corn), rye and wheat flours as well as water, salt and yeast.

According to the Madeira London Patisserie & Bakery, the combination of the rye and corn makes this a deliciously earthy and hearty bread. It’s considered a ‘bread of the people’ and used for dipping with soups and stews or for accompanying dishes like sardines. The ratio of corn flour to wheat is crucial, says Madeira, as this is what produces the holes in the crumb of the interior, as well as the distinctive crackle on the top. The dough is easy to work and does not require any special techniques, adds the bakery. Madeira insists the loaves have international appeal; the bread is also enjoyed in Galicia in Spain, Angola, Cape Verde and Brazil. 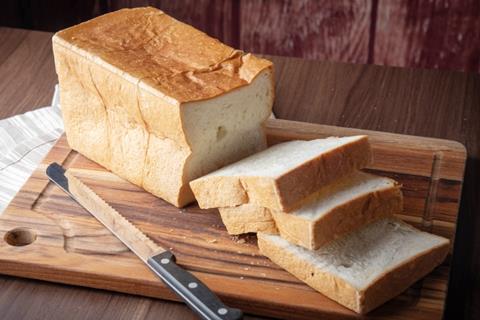 Shokupan is a traditional milk bread from Japan, literally meaning ‘food bread’ or ‘eating bread’. It’s usually made with white flour, yeast, milk or milk powder, butter, salt and sugar. It’s a popular breakfast item, especially as toast, and used for sandwiches such as the Tamago sando (Japanese egg sandwich).

Ashan Fernando, bakery and pastry manager for the Japan Centre, uses the Yudane method to produce shokupan, which he says makes it “pillowy soft”, sweeter and longer lasting. “Yudane is made by mixing together bread flour and boiling water,” he says. “The dough is then refrigerated overnight or at least set aside for a few hours.” Making the bread fluffy requires flour that contains at least 12% protein, he adds. “As the gluten sets, whilst baking, the stretched fibres give body to the bread and its spongy texture.” 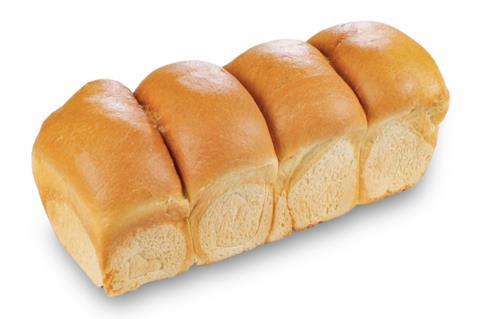 Also known as ‘hard do’ or ‘hardo’, the bread’s texture is dense and firm to the touch but it’s soft to eat with a slightly sweet taste. A staple in Jamaican households, the loaves are typically rectangular with a rounded top. According to Dler Abbas Ismail of Passion Bakery in Croydon, it’s made from flour, water, sugar, yeast, fat (butter/oil) and preservatives, but the unique texture is achieved by using good quality flour and expertise in mixing and kneading.

“This bread is eaten as an accompaniment to meat dishes with thick-cut slices or as a tearing loaf,” explains Ismail. “Breakfast time, thin cuts are served on the side, and of course for lunchtime there are sandwiches,” he adds, noting other formats as well. “There are large celebration loaves with moulded wheat designs representing the harvest, primarily served at carnival festivals.” 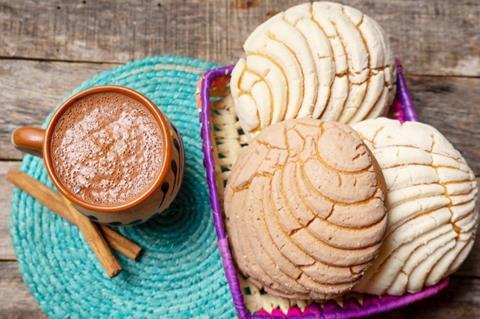 Conchas are in category known as ‘pan dulce’ – meaning ‘sweet bread’ – in Mexico. The large, round rolls are made with enriched dough and a crunchy topping. Although conchas are eaten at any time of the day, they are a popular option for breakfast or ‘cena’ (supper), the last meal of the day. “Mexicans eat their main meal in the afternoon and the evening meal, traditionally, is a pan dulce and a cup of coffee or hot chocolate,” explains Jane Mason, founder and director of Virtuous Bread and Bread Angels.

Conchas use plain flour, enriched with butter, sugar and sometimes egg, while the topping is a made of butter, sugar and flour“Modern conchas have flavoured toppings which are different colours,” says Mason. “In the UK they’d be breakfast food. They’re not super sweet… so we’d want to put butter and jam on them.”