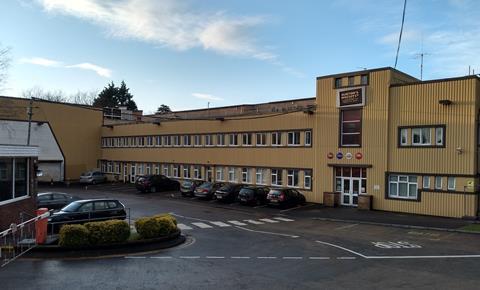 Burton’s Biscuit Co has created more than 40 new jobs at its flagship Llantarnam bakery in Wales.

The recruitment drive, which will take the bakery’s workforce to nearly 750, will enable it to meet ‘record levels’ of demand for its biscuit brands including Maryland Cookies, Wagon Wheels and Jammie Dodgers.

Positions to be filled include production and processing operatives, supervisory roles, along with vacancies for engineers and electricians. Full training will be provided to all new starters.

“The Llantarnam bakery is proud to be one of the local area’s largest employers and has played a key role in Burton’s growth and success in recent years,” said Simon Browne, Burton’s Biscuit Co’s Managing Director.

“We’re pleased that at a difficult time, when some are losing their jobs, we are able to offer 40 people the opportunity to join a successful, award-winning team, giving them the opportunity to contribute to the bakery’s continued success.”

The Llantarnam bakery is Burton’s biggest production site and last year produced over ten million cases of cases of biscuits, the equivalent of approximately 200 million packets. It’s been operational since 1937 and produces Jammie Dodgers, Wagon Wheels and fig rolls, among other things.

The business has five other bakeries across the UK in Edinburgh, Livingston, Isle of Arran, Blackpool and Dorset with its HQ located in St Albans. Maryland Cookies, for example, are produced at the Blackpool site alongside soft baked cookies for Mars as well as other chocolate biscuit bars. The Edinburgh site, meanwhile, specialises in shortbread which accounts for more than a quarter of the biscuits and snacks produced there.