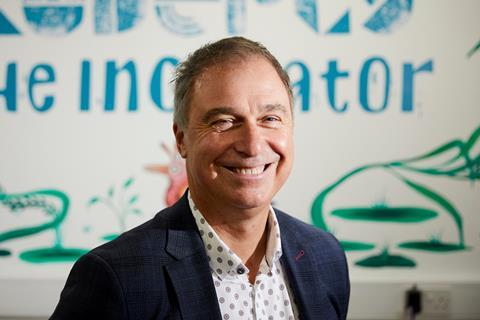 Stuart Spencer-Calnan is to leave Roberts Bakery after five years as part of a management shake-up.

He will be replaced as managing director by Graham Hunter, previously a non-executive director of the bakery’s owner Frank Robert & Sons. Hunter has previously held roles as MD of sweet treats at Premier Foods, CEO of Tangerine Confectionery and MD of Fox’s Biscuits.

In his new role, Hunter will oversee both Roberts Bakery and The Little Treats Bakery brands.

Spencer-Calnan, meanwhile, is leaving ‘for pastures new’ at the end of October. During his tenure, he oversaw a radical relaunch of Roberts Bakery which saw it roll out fresh branding and NPD including gin & tonic fun buns and wrapped bloomer loaves.

The firm said he played a key role in driving its challenger brand positioning, sales and profit growth.

The move comes ahead of the departure of chairman and group managing director Robert Higginson, who will step down in January 2021 after seven years in the business. He intends to pursue a non-executive portfolio career.

It marks a successful 20 years in the bakery sector for Higginson, who was previously on the board of Warburtons as finance director and managing director.

“Both Robert and Stuart have led us extremely well in recent years and played an important part in developing the business. Graham will build on that progress as we look to the future,” said Mike Roberts, deputy chairman.

Frank Roberts & Sons has a turnover of £93.4m with bakeries in Northwich and Ilkeston in Derbyshire. It employs 900 people and serves a mix of national branded retail, own label and foodservice customers.