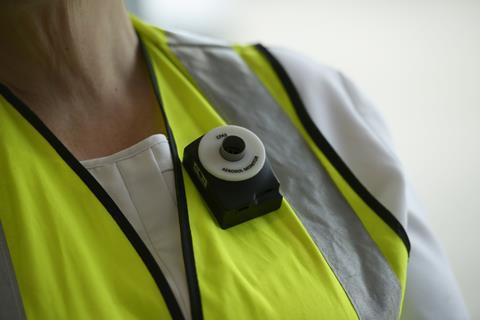 Technology developed for the military to detect chemical attacks is being made available to the baking industry to help monitor levels of breathable flour dust.

Lightweight wearable monitors have been developed by Arosa Instruments using patented air sampling technology developed by the Defence Science and Technology Laboratory (Dstl) and the University of Hertfordshire.

They weigh 95 grams, which Arosa said is five times lighter than devices currently available and are small enough to be worn on a lapel. However, the firm noted that the monitor can be placed anywhere on the worker since it does not need to be worn on a belt or shoulder strap, and it mitigates the snagging or catch hazard as a hose is no longer needed.

The breakthrough, Arosa added, could help protect the estimated 75,000 workers in the UK baking industry from diseases such as white lung, also known as baker’s asthma, which is caused by breathing in flour dust.

The monitors have several functions. They include:

“This technology is a game-changer for the industry, replacing old and cumbersome monitoring equipment with advanced, lightweight, wearable devices that provide detailed real-time information about levels of dust particles in the workplace,” said William Averdieck, Arosa Instruments founder.

The technology is being brought to market with the backing of Ploughshare Innovations, which takes research created by government laboratories, such as Dstl, and commercialises it.

Why is flour dust such a problem for bakers?

Each year in the UK, there are roughly 17,000 new cases of breathing or lung problems self-reported by workers, according to the Health and Safety Executive.

Bakers and flour confectioners are the second most affected occupations after vehicle paint technicians as a result of dust clouds that can arise from throwing flour, disposing of empty flour bags and brushing. Bag emptying, sieving, dough making, and dusting tasks also create a lot of dust.

Trade body the Federation of Bakers has been publishing guidance on flour dust in the form of a ‘blue book’ which first appeared in the 1980s and was revised last year. Called Dust Control and Health Surveillance in Bakeries, it addresses what the Federation describes as “one of the most significant occupational health risks in the bakery industry” – respiratory exposure to flour and other ingredient dusts.