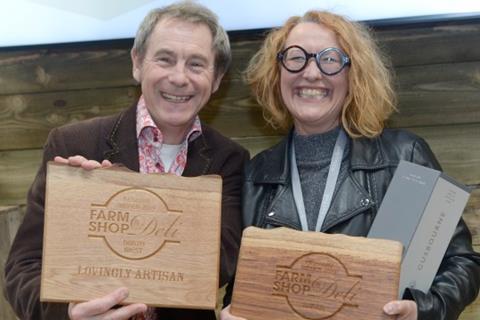 Bakers now have until 31 December to enter the 2021 Farm Shop & Deli Awards.

The awards, run in partnership with British Baker’s sister title The Grocer, are returning for their seventh year, supporting and celebrating the UK’s independent specialist retail market.

For this year’s awards, specialist retailers, including bakers, will be judged by region rather than by category.

The 2021 edition will also place greater emphasis on how retailers have adapted their business and supported their community, staff and suppliers.

Food and drink broadcaster Nigel Barden will return as chair of judges, along with food writer Elaine Lemm as co-chair.

Shortlisted entrants will be invited to attend the ‘winners announcement’ at the Farm Shop & Deli Show in Birmingham’s NEC on Monday 12 April.

Earlier this year, Cumbria bakery business Lovingly Artisan was named baker of the year for the second year running.

The Kendal-based business, founded by Aidan Monks and his wife Catherine Conor, specialises in slow-fermented traditional breads made using sourdough and natural ingredients.