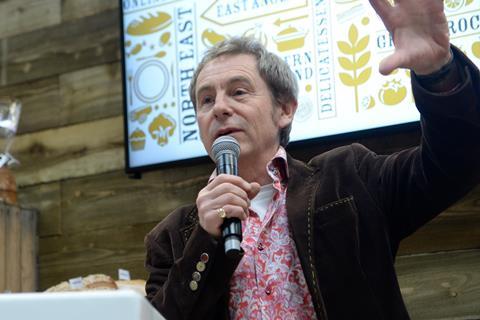 Lovingly Artisan Bakery, Ginger Bakers and Seasons Bakery are among those shortlisted for the Farm Shop & Deli Awards 2021.

The winners of the awards, which received 153 entries, will be revealed at 3pm on 5 July at the Farm Shop & Deli Show, which takes place at NEC Birmingham.

Run in partnership with British Baker’s sister title The Grocer, the awards will celebrate specialist retailers from across the UK in recognition of their ‘courageous commitment’ shown to their customers, community, staff, and suppliers this year.

Entries are now being evaluated by an expert judging panel led by broadcaster and journalist Nigel Barden. He will help determine the Commended Retailers and Best in the Region Winners.

Barden is joined on the panel by food writer and co-chair Elaine Lemm, as well as British Baker editor Amy North; fresh foods reporter at The Grocer Henry Sandercock; and, branch manager for Paxton & Whitfield Jermyn Street, London, Hero Hirsh. Head of trading and marketing for Booths John Gill and head of consultancy business Delicious Planet Victoria Robertshaw also make up the panel. The judges also include previous Retailer of the Year winners.

The Farm Shop & Deli Show is just one of the six UK Food & Drink Shows taking place at the NEC that week. The others are: Food & Drink Expo, National Convenience Show, The Forecourt Show, Foodex and The Ingredients Show.

Visitors can now register via the Farm Shop & Deli Show website to receive a free badge.