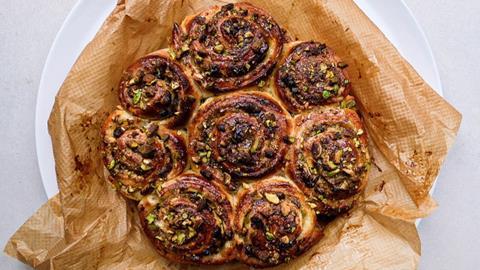 The second annual awards took place online because of the Covid-19 outbreak, with 56 entrants from around the world.

Judging was based on photographs of the buns, and judges included Michelin-star chef Phil Howard, owner of Elystan Street in Chelsea; Hélène Frost, chief executive of its chosen charity The Children’s Surgery Foundation; and John Shepherd, owner of event organiser Partridges.

“The winners in all groups should deliver buns that have proved and merged together, that look like they will ultimately be light to eat and have a great sticky glaze,” said Howard.