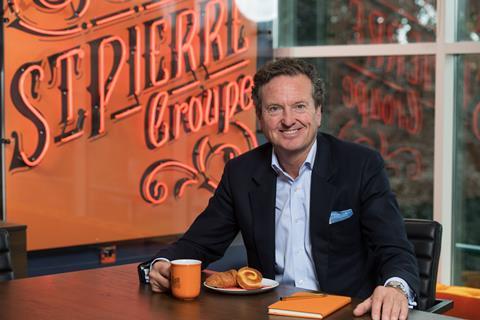 St Pierre Groupe’s turnover surpassed the £100m mark in 2020 for the first time in the company’s history, according to accounts filed with Companies House.

According to the annual report the St Pierre brand grew globally by 52%, with the growth driven predominantly via US sales due to increased distribution with Stateside retailers. However, the company said the UK story was “also one of rapid growth”, with a 130% increase in major multiple sales for the St Pierre brand.

For the group’s Baker Street brand, growth was driven predominantly by gains in the wholesale sector. However, the brand also secured its first major multiple UK listing with the launch of its seasonal range last October, which was followed by a deal to supply Ocado with burger buns and hotdog rolls.

The latest figures are likely to be seen within St Pierre Groupe as a boost to its plans to double the value of the business over the next five years. The ambitious goal was revealed in September when David Milner took up the position of CEO. Milner said there was “still huge potential” for the group, describing it as a “phenomenal business, doing bakery differently” with its three brands.