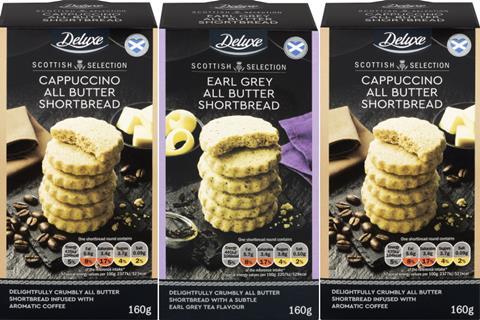 Available for an rsp of £1.29 each, the brew-inspired shortbread snacks are part of Lidl’s Scottish Selection.

Its Cappuccino flavour is infused with ‘aromatic coffee’, while Earl Grey is described as a ‘mellow tea flavour’.

At 160g each, the crumbly biscuits are designed to complement an afternoon cuppa, said the firm.

The Deluxe All-Butter Shortbread Biscuits are available in Lidl stores nationwide from 3 September.