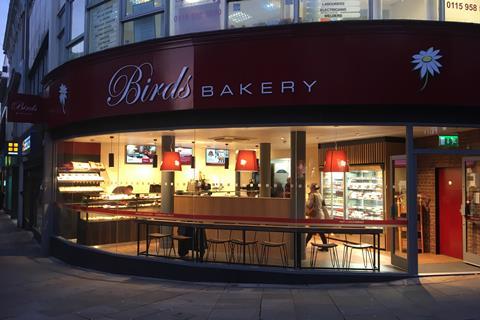 Derby-based Birds Bakery is pushing ahead with its investment programme after closing three stores in Derby and Nottingham as leases end.

Birds, which now has 60 stores across the East Midlands and employs 800 people, had planned the closures in the run up to the stores’ lease renewals.

The chain is still investing in other stores and will be carrying out refits as well as adding new equipment at its Derby-based bakery.

Lesley Bird, director and COO said: “Our tiny shop at The Poultry in Nottingham was always planned for closure – given that we opened a much larger, more modern shop in Lister Gate. We still have two shops operating in Nottingham city centre for our customers.”

In Derby, the Birds’ Irongate store has closed because it has reached the end of its lease. Birds in Walbrook Road has also been closed since lockdown and has not reopened as the lease was also coming to an end.

“We have worked closely with our teams, are speaking to staff regularly, and have moved a number of our staff to other stores,” said Bird.

“The changes we have made have been planned for some time. While we have three stores affected by lease renewals, we are still looking at refits to other stores. We are still investing heavily in our bakery and retail outlets.”

At the start of lockdown, Birds introduced its click and collect and home delivery services and these have proved successful, it said.