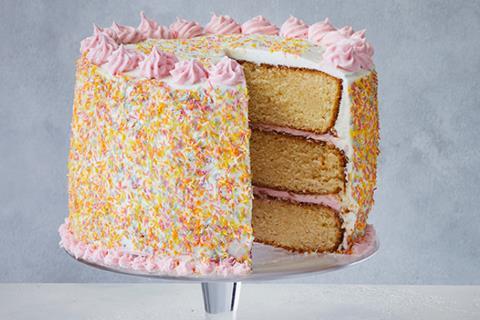 The Pinkcredible Sprinkle Cake from The Big Cake Co

The Big Cake Co was launched late last year as a limited trial and has proceeded to expand its presence as lockdown restrictions lifted. It now operates from 43 sites across the UK.

Customers can choose large slices from six core cakes which Greene King said are mixed, baked and decorated by hand every day. The core variants, which cost £4.99 a slice, comprise: 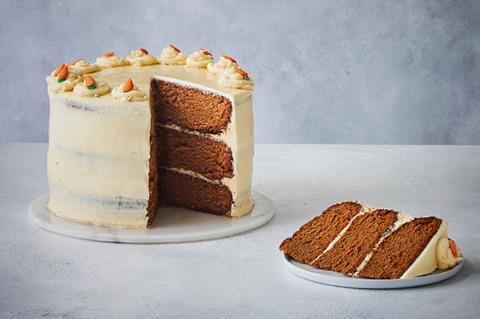 Keep Calm and Carrot On Cake

The expansion comes as research commissioned by The Big Cake Co found that more than half (55%) of adults eat cake at least once a week, with a fifth consuming it once a day. The poll of 2,000 adults also revealed that eight out of 10 were happy to pay up to a fiver for a slice, while 81% said the portions generally served when purchasing cake are not big enough.

The research also named lemon drizzle as Britain’s most popular cake, followed by chocolate fudge in second position and Victoria sponge in third.

“It appears that we’re all mad about cake, and it’s easy to see why,” said Ian Straughan, spokesperson for The Big Cake Co. “It comes out on our most important days – weddings, birthdays and christenings – and, according to our survey, it’s even more popular as a deliciously indulgent treat to eat at home.”