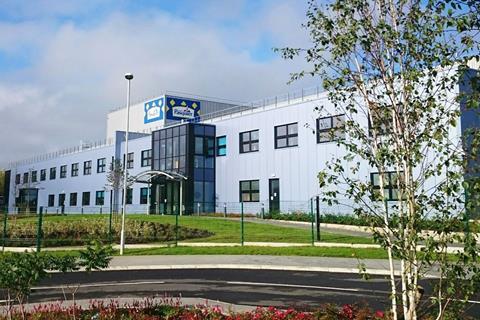 Viennoiserie specialist Brioche Pasquier has started construction on an 80,000 sq ft extension to its factory in Milton Keynes.

In its current configuration the factory, which opened in 2015, has two lines for brioche rolls (plain and choc chip), with a new Pitch snack brioche line due to become operational early next year. The factory extension will allow the addition of two more lines over the next few years, the company said.

Ryan Peters, Brioche Pasquier industrial director UK, said the factory building programme will provide jobs for around 130 people from the local community. With the new lines completed, the plant will have the capacity to bake over 2.5 million products every day, he added.

“We have always wanted to provide our consumers with a fresh, quality product, which is why we originally decided to establish a bakery in the UK,” Peters said. “Now we can extend the range of products that have been freshly baked in this country and transport them straight to market without delay.”

According to the company, demand for Brioche Pasquier’s individually wrapped products has been high throughout the pandemic.

The brand, established in France in 1974, was first introduced to the UK in 2001. The UK arm of the operation currently employs around 130 staff comprising 20 nationalities, the company said.