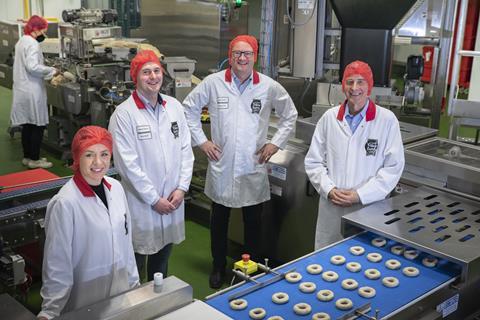 Village Bakery has promoted two members of staff ahead of the opening of the company’s new super site this summer.

Ashley Dawson, who joined the company six years ago and most recently worked in the role of bagel bakery manager, will run the new 140,000 sq ft bakery, which is more than three times the size of the one it’s replacing following a devastating fire in August 2019.

As well as housing the company’s headquarters, the new premises will be home to its Baking Academy and Innovation Centre – both twice the size of the original versions – to train a new generation of bakers and develop new products.

Florence Roberts, who has been working on developing new products for the company’s gluten-free bakery, Gluten Freedom, has been appointed as group NPD manager.

Dawson joined Village Bakery in 2015 as business sustainability and improvement executive. Over the past six years, he has been behind a series of energy and water-saving initiatives to make the company more environmentally friendly, as well as climbing through the ranks to learn every aspect of production.

He described his promotion as a “massive privilege”.

“[The new bakery] is going to be jam-packed with the best possible equipment which we have sourced from around the world.”

Dawson added that the business had a “grow-your-own’ tradition of rewarding people who work hard.”

“The vast majority of the supervisors and bakery managers started out as apprentices,” he said. “The three bakery managers all started from the bottom and worked their way up. I think that’s the best way you then know the business inside out because you’ve done every single role.” 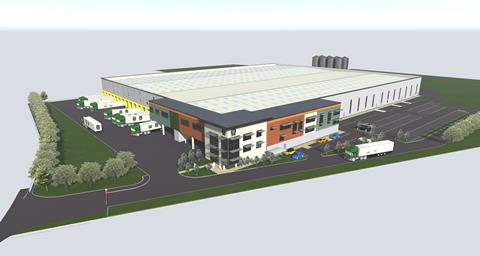 An artist’s impression of the new site

Roberts, meanwhile, joined Village Bakery straight from the University of Chester where she graduated with a master’s degree in health and nutrition.

“We are raising the bar again with the new bakery and the new NPD centre is fantastic,” she said. “It’s twice the size of the one it’s replacing, and we are aiming to take things to a whole new level.”

Chairman Andrew Taylor added: “The appointments of Ash and Floss to these key roles herald the beginning of an even brighter future for the Village Bakery.

“They have energy, drive and commitment and they are Village Bakery people to their very core.

“Under the fantastic leadership of the Jones family, it has always been a hugely innovative bakery where quality is king.”

The business recently announced that it had secured an investment deal to fuel major expansion plans which will create 115 new jobs over the next two years.

The Jones family have retained a majority share in the company and the business is still being run by the original management team, headed by Robin Jones, the managing director, and his brother Christien.

Their father Alan Jones, meanwhile, is to step down as chairman after 60 years in the industry.