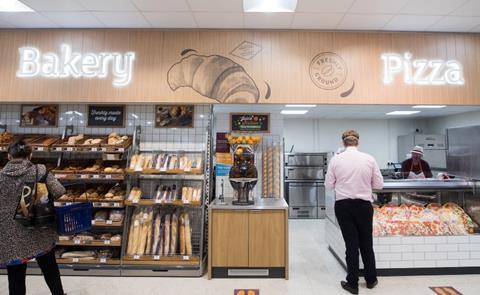 Sainsbury’s is to close 200 in-store cafés next month along with 34 ‘less popular’ hot food counters, while also ‘simplifying’ the way it runs bakeries in 54 stores.

The retailer’s plans to transform its eat-in, takeaway and home delivery food and drink offer also includes the opening of a further 30 Starbucks coffee shops in the next 12 months to bring the total to 60.

Sainsbury’s told British Baker it was in consultation with workers affected by its plans to simplify ways of working in 54 of its in-store bakeries but declined to elaborate on the details “for competitive reasons”.

“These ways of working are already in place at many of our stores and this update involves about 4% of our in-store bakeries,” the spokesperson added.

In April 2021, Sainsbury’s told British Baker that most of its stores still worked on a scratch bakery basis. However, in March 2021, the supermarket announced the closure of its £1.4m bakery college facility in Bromley-by-Bow, east London, after just four years.

Sainsbury’s and BRG plan to open 30 more hubs in the next year, with the intention to accelerate the roll-out in future years if the format continues to be popular with customers. The supermarket also announced that 67 Sainsbury’s cafes will stay open while it reviews rollout plans.

Simon Roberts, Sainsbury’s chief executive officer, said it had been a “difficult decision” to close 200 cafés. “We have spoken to all colleagues affected by these changes today and are absolutely committed to supporting them in any way we can during this uncertain time,” he added. “Of course, we understand this is very unsettling for our colleagues, but we must keep adapting our business to make sure we are offering customers the best possible food and drink at affordable prices.”

Alex Rayner, general manager of Starbucks UK, said the coffee giant looked forward to building on its existing relationship with Sainsbury’s. “Covid-19 accelerated customer trends towards convenience and as a result we’ve continued to increase investment in new formats and digital channels such as drive-thru, delivery, mobile order and pay and our loyalty programme Starbucks Rewards,” he added.