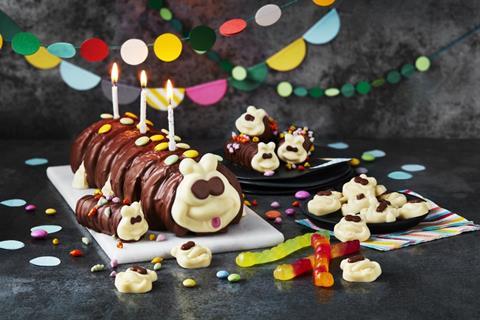 The battle of Colin vs Cuthbert grabbed the nation’s attention back in April and shows no signs of subsiding. As Cuthbert returns to shelves, Ben Evans, legal director and chartered trade mark attorney at Blake Morgan, examines the caterpillar saga. 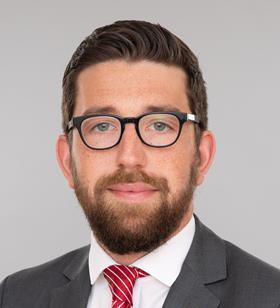 “The past twelve months have played host to a myriad of news stories that have felt scarcely believable. In particular, the caterpillar cake-off battle between Marks & Spencer and Aldi has truly captured the imagination of the public and provided the ingredients for plenty of light-hearted news content.

In April, M&S commenced legal action against Aldi, stating that its Cuthbert the Caterpillar cake infringed upon the trade marks of Colin, its M&S rival and the first caterpillar cake brought to market.

M&S has a trade mark registered for the phrase “Colin the Caterpillar”, and further trade marks to cover Colin’s packaging and even his own basic shape. The crux of M&S’ case relies on the assertion that similarities between Colin and Cuthbert caused confusion amongst customers, which led to customers buying a Cuthbert, either in the belief they were getting a Colin or they were buying a product of comparable quality. M&S alleged that by ‘riding on Colin’s coattails’ and utilising his already well-established brand as the market leader for caterpillar cakes, Aldi gained an unfair commercial advantage.

No timeline has been set out for reaching a verdict in this case, and what that decision will be when the time comes is equally unclear. In 2014, Aldi was on both sides of judgments in similar cases. A dispute with Moroccan Oil fell in Aldi’s favour – despite the judge noting ‘cheeky’ similarities between the respective products – but later that year, the Saucy Fish Co (who like M&S had trade marks registered related to packaging) was successful in obtaining a preliminary injunction against Aldi. 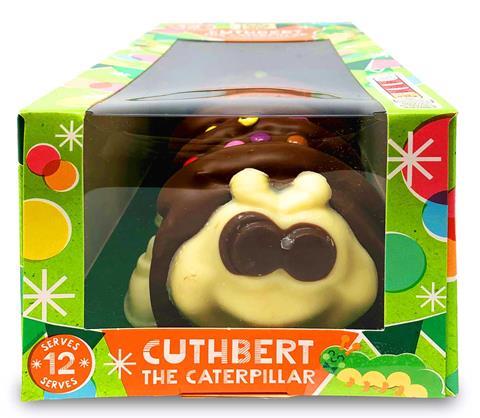 In the short term, the controversy appears to have done wonders for Cuthbert’s popularity. His return to stores on 17 May was marked with a charity skydive and went down a storm among consumers, and his social media notoriety is still sky high following a series of memes on the Aldi Twitter account. M&S on the other hand has received a public backlash for its action – the damning accusation of being ill-humoured, one of the hardest for a brand to recover from in Britain.

In the longer term, should M&S prove victorious in court, Aldi would be forced to stop selling Cuthbert immediately and be banned from returning to the market with a similar product in future. Regardless of the outcome against Aldi, the backlash to this initial action suggests further action from M&S would be ill advised, allowing other competitors such as Clyde, Cecil and Curly to remain safely cocooned in their various supermarkets.”