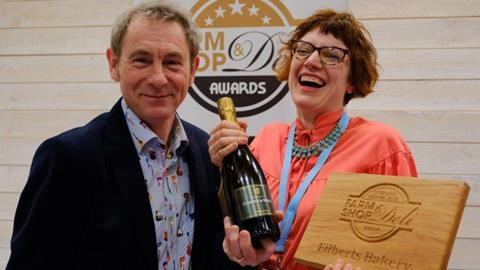 Bakery businesses have been recognised in the 2018 Farm Shop & Deli Awards.

Filbert’s Bakery in Lancaster was named Baker of the Year, while Hobbs House Bakery in Tetbury, South Gloucestershire was the South West regional winner.

Paper judging produced a shortlist of the best, some of which then underwent mystery guest testing.

“Many miles have been covered in search of the finest food and drink retailers in the UK,” said Barden.

“There are some truly talented, imaginative and passionate food purveyors within our shores, whom we should celebrate and support. The Farm Shop & Deli Awards provides the perfect platform for bringing them to our attention, including those selling their wares solely online.”

The ultimate accolade of Retailer of the Year went to butcher Edge & Son in Birkenhead, the Wirral, with judges’ comments ranging from a respect for the highly ambitious management and innovative plans for the future, to its traditional and native, yet rare product stock and its commitment to sustainability.