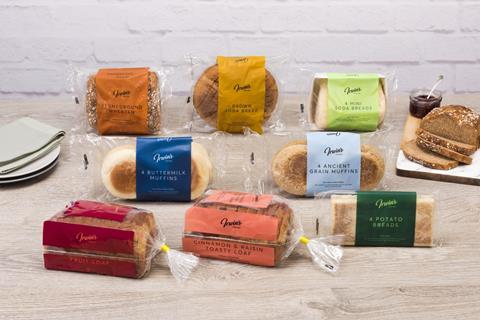 Irwin’s Bakery has secured a deal worth £3.5m annually to supply Waitrose and Morrisons stores in Great Britain with its new Irwin’s Together range of speciality breads.

The family-owned bakery, which is Northern Ireland’s only independent plant bakery, has rolled out the eight-strong range of products in 600 stores. The full NPD line-up comprises:

The latest business win, according to Irwin’s, demonstrated its continued success in creating demand for speciality breads amongst consumers in Great Britain. Earlier this year the bakery also secured a £2.7m annual contract with Lidl Northern Ireland – which it has been working with for 20 years – to supply a range of bread, rolls and sweet treats to all of the retailer’s stores in Ireland.

“Winning new business contracts of this scale are a clear sign we are continuing to grow our share of the speciality breads market in GB,” said Irwin’s Bakery chief executive Michael Murphy. “Currently just under 50% of our business is outside Northern Ireland, with the bulk of that going fresh, daily, to GB, and we expect this to grow with the introduction of the Irwin’s Together range.”

Murphy added that the business has invested over £500,000 in both consumer research and brand development to ensure Irwin’s “understands consumers’ needs and usage occasions, alongside a brand identity that reflects our values, skill, and heritage as craft bakers”.

The business has also invested in additional capability at its Portadown-based bakery to help produce NPD, he said.

“Cultures are changing constantly, and Irwin’s prides itself on keeping up with these changes,” Murphy added. “Consumers have enjoyed and experimented with food throughout lockdown and continue to look for ways to create great meals with everyday staples such as bread as the main ingredient for the whole family. We believe our breads lay the foundations for a great meal.”

Irwin’s Bakery was established more than 100 years ago in Portadown, Northern Ireland by William David Irwin. Third generation baker Brian Irwin is currently chairman of the company, which recently celebrated the 60th anniversary of its iconic Nutty Krust batch loaf with a new packaging design.